I was thinking that I want to be sure of the faces/masks/alter egos or whatever you want to call them, of King Paimon.

That being said, I know that the energy of Azazel and King Paimon are kind of the same, but as far as I know, they’re not the same being. I guess it was worth to note that.

So, which other spirits (demons or not), do you think are a part of King Paimon (or an aspect/mask/face/etc. of him)?

Al Kutbay, Aktab, and Ruda. Interestingly Ruda was a lunar deity, perhaps this explains his influence over minds?
@Manosman

I never heard of him before. I researched him just now and it seems many people agree to that.
I also saw that their descriptions are the same too. So, it makes sense! 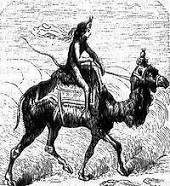 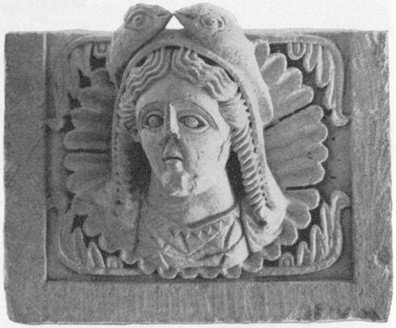 You’re talking about the tupi-guarani God?

If Ruda is indeed King Paimon, then this goes really far, because Ruda is probably the same as many other spirits, or shares the same energy or something. Not that I have researched him much, but I’ve read some stuff.

Where can I learn more about these three spirits? Especially Aktab, because I can’t find anything about him/her.

its said to be connected to the evening star

Arsu was a north Arabian goddess worshipped in Palmyra, Syria. A deity known from Syrian and northern Arabian lands, being sometimes in male or in female (most often) representation. Arsu was connected with the evening star. Frequently portrayed as riding a camel and accompanied by her twin brother Azizos; both were regarded as the protectors of caravans. Her worship is also confirmed by material evidences in Dura-Europos. Elsewhere in pre-Islamic Arabia, he was equated with Ruda (literally be...

In ancient Levantine mythology, Azizos or Aziz is the Palmyran god of the morning star. He is usually portrayed as riding a camel with his twin brother Arsu. He was venerated separately in Syria as god of the morning star, in company with the astral god Monimos. Azizos was identified as Ares by Julian in his work 'Hymn to King Helios'. He says "Now I am aware that Ares, who is called Azizos by the Syrians who inhabit Emesa.."

I agree about the first one, because if King Paimon is Ruda, then he’s also Arsu.

But I have no idea about the second one.

What do you guys think of Azazel and Typhon being the same entity? Personally I have no idea. Just curious what people would say to that I definitely think some entities from different cultures can be the same, but at the same time I try not to focus on it much, just in case I’m wrong.
Edit: also not trying to hijack, but I think it’s on topic since it seems many believe Azazel and Paimon to be connected.
I hope to be able to ask these entities one day myself

People believe that they’re the same because their energies look and feel similar.

from wikipedia:
“Her worship is also confirmed by material evidences in Dura-Europos. In pre-Islamic Arabia she was known as Ruda (literally benign).”
so yes ruda is an other name for arsu

I would have to say Orisha Inle—you know Manosman, I’ve remarked on this before the similarities between King Paimon and Inle.

Can you tell me more about Orisha Inle?

Here’s some things about Orisha Inle: He is over all medical healing and possesses knowledge of sciences and arts. Inle is depicted as having a feminine face, dressing in the finest clothing and elegant surroundings. His symbol is the medical staff with the 2 twining snakes. He likes the same type of fine food and drink offerings as King Paimon.

The medical symbol you’re talking about, was also the symbol of Hermes, who was also Thoth. So, is King Paimon Thoth too?

Thinking about it, Hermes and Thoth both have to do with healing. They really know how to use that power.
So, if Orisha Inle is King Paimon, then Thoth is King Paimon too.

Which kinda makes sense, because of a vision I had in the past. It makes sense now.