So you might know me as the guy who pathworked through the 72 spirits of the Ars Goetia, or the as the guy who invoked the 72 angels of the Shemhamephorash. I’ve now started a shorter, but arguably more significant pathworking involving 30 Archangels.

I’m just gonna jump right into this. I started this pathworking under the guidance of Archangel Raziel, a being who has been guiding me for basically my entire practice ever since I first met him. This pathworking starts with him.

I’ll just get into the first ritual.

I set up my ritual circle, my magick robes, my crown, and my ring (a different one from the other pathworkings). I set up a single candle on my altar then began with my opening.

I invoked the 7 classical planetary forces, followed by the 5 Elements, the Void, Creation, and the All itself. I declared my name, my title as the bearer of the 7 star crown, and that I was the headless one (like the headless rite, but abbreviated). Then I lit the candle and called Raziel forth from within and without. Some stuff happened that I can’t really say, due to the personal nature of it, then I declared to be transformed to be more inline with my truest self, from the sphere that Raziel governs. Then I bound the whole exchange to my ring, and declared the candle to burn in thanks. 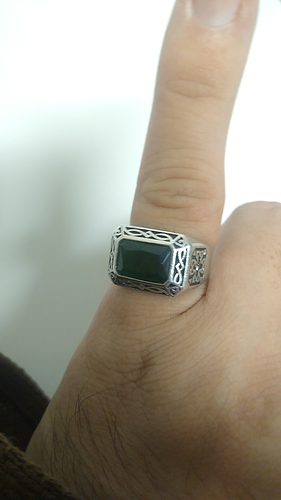 Feel free to share any thoughts or feedback if you wish.

nice ring, hope you can feel it as deep as it runs, because you’ll need to.

Thanks. I had the ring for a while, and it was always meant to be used as a vessel of sorts.

As far as this pathworking Is concerned, this isn’t my first rodeo, I know what I’m getting into.

Oh of course, just be aware. If there’s any heads up I can give, it’s that. Not like I am judging you. Good luck

I think Raziel was excited to finally get more involved than simply being a signpost telling me where to go tbh. He’s got a bit of that wise old man vibe going on a bit, so it’s really easy to put him into that “only there to give you advice” sort of mental space, even if you don’t mean to do it.

BTW, here’s links to the other major pathworkings I’ve done if anyone is interested.

I Finished Binding the 72 of the Ars Goetia! Journals, Group Rituals & Free Readings

So a while back the idea was planted into my head to bind the 72 spirits of the Ars Goetia to my will with a ring, and at the time I wasn’t ready to actually do it… that has changed, I am ready. So once the ring actually arrives, I’m going to be going down the list from 1 to 72 and evoking them one at a time then binding them to the ring to serve my will. Obviously I’m not doing this lightly, but I’ve reached the point in my practice where this task is to be done. As far as the actual evocatio…

So a bit of background, I’ve not too terribly long ago worked through the 72 of the Ars Goetia, and it went smoothly. I’ve seen some pretty strange results and manifestations as a result of the operation, and I’ve grown as a practitioner as a result of it. But now I’m being guided to work with the angels of the Shemhamphorash. The 72 of the Ars Goetia, as well as a few other spirits that I’ve worked with in the past (namely Archangel Raziel, who guided me to the 72 of the Goetia in the first pla…

What do you reccomend fo me in terms of pathworking? I’m trying to work through a major ascension thing going on and if I don’t do something magickal RIGHT NOW I’m gonna die of boredom.

When in doubt, an elemental pathworking is a decent idea. Earth, Air, Water, Fire, and Aether/Spirit. Spend a week on each, meditate on what each element is and how you embody it, then on the last day of the week do a long-term invocation of the element.

Basically 6 days of meditating and taking notes on what you learn of each element, followed by a semi-permanent invocation. That’s what I usually have people do when I teach them, at least starting out.

Are you still working with Michael?

Well I sort of understand the elements . So I guess I’ll be doing what I’ve always done.

Well I sort of understand the elements

Sort of? That means you don’t understand them. You either understand or you don’t. Half-thoughts and partial ideas are not good to work with. I know you never fully understand everything about anything, but there’s a difference between sort of understanding and having a confident understanding.

And there’s nothing wrong with starting from the ground and working up when you’re trying to learn more about a subject. I occasionally revise my understandings of things by revisiting them to see how I’ve grown.

Can you talk to them face to face, What do they want from you to make their wish come true

Honestly, I’m not completely sure, but it seems like the spirits want to serve me in some capacity. I suspect it has something involving my higher self or the end of my path, so I’m still trying to figure things out.

The real tricky part about it is the nature of spirits, where they are half-external and half-internal to my being. Both a part of me and not. As within so without and all that.

I’ll actually ask Raziel and see what he says though.

Day 2, Advachiel, the rite went much the same way as the first, albeit a bit more phoned in than yesterday (mainly because of rushed prep due to getting off work an hour late). Overall went okay though. 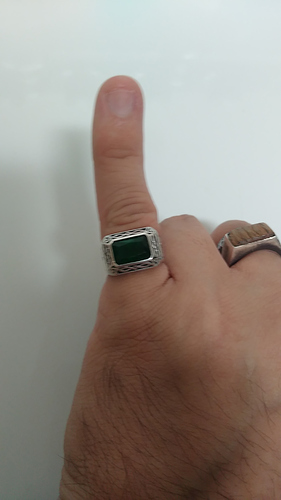 I’m basically just going to be going down a list of Archangels, one at a time until I’ve called upon them all. No break days this time.

I feel a magnetic pull towards the ring here, anyone else?

I don’t feel pulled towards it but I want one lol it feels so pleasant. I want to feel pleasant.

What did Raziel do to it?