So I figured I’d make a journal on here to keep track of experiences. So here’s my first experience that I wanted to make the first post on. I made a spell with a sigil attached to it, it’s a simple one very simple I wrote it down on paper and such then resighted the chant I made, and put my hand on the sigil putting energy behind it. The spell is for good luck the sigil was inspired by a web or dream catcher a filter if you will. I was testing it today I was having a hard time beating a stealth mission in Far Cry 3 on PC, so I directed my spell twords that, I’m not good at stealth in games anyways. So after I did the spell I played the game and actually did very well unusually well, like I did it in one go today when yesterday I failed 5 times. And had to quit, but today I did great my aim was on point focus was great even after I beat the mission I was having good luck throughout the game that’s when I realized it actually worked. So I’m putting the sigil I made in the post like I said it was just something simple & small I decided to start with. 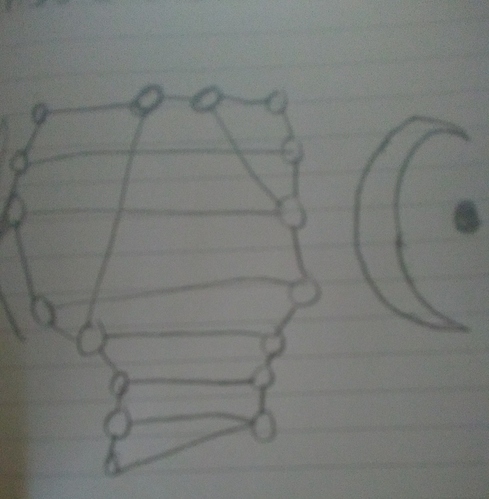 Like I said it was inspired by a web or filter to filter out misfortune it has two fangs in front and 8 legs on each side representing the spider in a way now I know spiders have 8 legs in total not on both sides but it made the web tighter to help filter better, the moon on the side represents my relationship with Lilith so that’s the idea behind it.