What are your thoughts on The april 18th thing? I want to know what black magicians would think.

Do you mean April ?

What’s happening on the 18th?

Apparently this guy got a voicemail brleived to be from the black box of the dissapeared malaysia flight the message was like danger sos they are not human or something.

Err I doubt that

Apparently this guy got a voicemail brleived to be from the black box of the dissapeared malaysia flight the message was like danger sos they are not human or something. 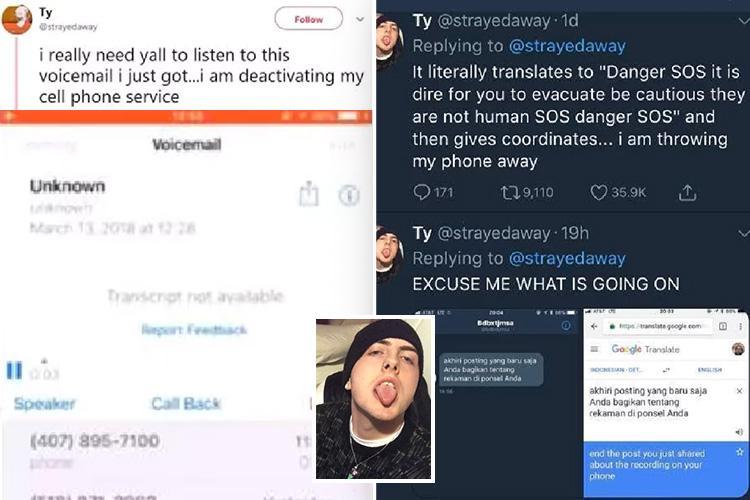 TWITTER users claim a chilling voicemail message sent to their phones could have links to missing Malaysia Airlines flight MH370, alien life and an impending Doomsday date. The message features a r…

My personal opinion. I think its another doomday extortionist whos preying on

Seems like a bad joke more than anything else

If it’s true, not much else anyone can do at that point. Either way, it will be business as usual.

Well I will just sit back relax and just wait and see as I always do. (Aka: carry on with life.)

Psyop to get people terrified and secretly hoping for death is my opinion.

We were “supposed” to be at war by now, fortunately some fun loving scamps fucked with that little plan.

But attempts to connive consent still pop up occasionally, so I reject this.

There are more then 100s if not more videos all over youtube spouting the end times. Its all crap i texd to ignore it as best i can

Im not going to pay it any attention, personally. People are easier to control in a panic. Life will go on as it has and will continue to do so. People seem to want to be right about the end of the world because they would be right. As long as theyre right, theyre happy…

What a sad way to exist. Dont be like them. Instead wish for the world and your fellow humans to flourish and evolve into something greater. Politics is the new religion and it blinds just as many people.

There’s always been a fascination of the “End Of Days”. A new date will be set shortly, just to keep the conspiracies and public fascination alive.

Tomorrow is just another John Landis meme alá “See you next Wednesday”, something he always used in his movies and his 80’s and 90’s music videos.

The “End Of Days” will always be there, until…the end of days. It will happen, some day. But not tomorrow.

hmm I dunno, all I can find is one user “Ty” who has posted a twitter message, despite “many” recieved the message…suppossedly.

all the different sensation news sites just copy the same article over and over
are any of you able to find any other twitter message than that of “Ty” ?
smells like BS to me

Is today suppose to be the bloodmoon ritual that E.A is talking about