Appearing as a cat?

Are there any spirits out there that are known to appear as a domestic cat or to use a cat as a sign that they’re reaching out? I keep seeing this black and white spotted cat, which obviously isn’t something out of the ordinary…I’ve seen plenty of cats in my yard without thinking anything of it. But there’s something different about this one…you can feel it before you ever see it. It’s like you can feel the electricity and the energy in the air. I’d say it’s more intense or at the very least comparable to the energy that Azazel gives off (he’s the only one I’ve contacted so that’s my reference point), but it isn’t him. The energy feels different than his does. What’s more…nobody else sees the cat. It literally only shows up when I’m alone. Sometimes it just sits along the tree line, sometimes it comes to the yard, sometimes it’s just sitting on the side of the road a few miles down. It always has the same energy coming off of it though. Usually the cat sightings also involved some weird stuff happening around the house as well…sounds like someone walking around without being there, sounds like someone downstairs just throwing boxes around, scratching in the walls, the sound of something cat-sized running around our attic (which is impossible), stuff like that.
I should also add, while the cat has only been a thing for the past year or so, I’ve felt that energy multiple times throughout my life all the way back to childhood, sometimes even in the astral. So other than being curious about what spirits appear as cats or behave that way, I’m also a little curious…do spirits ever hang around through the course of your life like that?

King Bael shows up to me in a cat form sometimes with a frog mouth or chin!

do spirits ever hang around through the course of your life like that?

Yes I believe! Apparently king paimon and azazel where in my life since birth!

Freya, Heckate and Baset are also associated with Cats.

I honestly don’t know much about any of those entities. It’s definitely masculine, so I’d say Bael is possible. Is there anything I should know about him? Are there others as well?

From what I know he originated as a War and Storm God.

Some say he is the same entity as Beelzebub and Belial but it’s best if you approach him as a separate Spirit.

The name Ba’al means Lord. I believe he is Ba’al Hadad.

He can help in numerous areas including healing and physical strength.

You should read into him, there are some good online articles.

I’m going to do some research on him. War and storm god? Helps with healing and physical strength? Seems perfect.

Is there any particular reason why an entity would stick with someone from birth onward?

Is there any particular reason why an entity would stick with someone from birth onward?

could be from a past life and wanted to watch over you! Or they know you will work with them later and they wanna nourish you from the start?
When I asked why does king paimon felt familiar to me I had a dream about my grandfather! I have never met him…

It could be! This particular entity, whether it’s Bael or another, actually has helped me on numerous occasions, and by helped I mean saved my ass from serious injury or death. Also pulled me out of the astral when being chased by some sort of negative entity once. He’s definitely protective.

That’s really interesting. Do you think he worked with your grandpa?

Do you think he worked with your grandpa?

It would explain why my parents never let us meet him when we were kids! He died when am still a kid! All the conversations about him was that he was “insane”… we don’t even keep pictures of him…

So your parents kept you away because he may have been into magic and now you’re still into magic.

I don’t believe I have any family members that worked with demons or with magic at all. Then again, my aunt has this big black book full of our family history but won’t let anyone else actually read it, so who knows what she doesn’t want anyone to read.

The more I’m reading on Bael the more I’m convinced that it’s him. There’s some overlap between my experiences and some other member’s posts about him here as well.

Then again, my aunt has this big black book full of our family history but won’t let anyone else actually read it,

We also have a giant thing full of family history. One of my cousins had it and when I started to get really curious about our family history she sent me the only copy. It was an interesting read and I sent it back with one of my uncles when he was heading in her direction.

It’s interesting how different families interact with each other.

My first thought about cats is the Egyptian Goddess Bast.

The following 60 pages are in this category, out of 60 total. This list may not reflect recent changes (learn more).

Marbas is another possibilty. I have personal experience with doing spell work and asking for a sign the next day and unexpectedly I saw a black cat with gleaming yellow eyes appear at a public business center which is unusual location for a cat.

This has happened on several occasions when I have asked for a sign and his accedence. Marbas color is black and he his depicted as a lion in other visions I have seen him as a black panther, hence the black cat seems to be an indicator of his accedance and presence.

There are so many really

But the cat itself could be a Cat Sidhe.

Bad luck or good fortune? This story is actually the reason why I got the idea of starting a blog with great, unusual stories. As many of you surely know, black cats are considered to be the omen of misfortune. bad luck and even death. Unfortunately...

I’m not sure if the appearance of the cat matters, but it’s pretty much identical to this one. 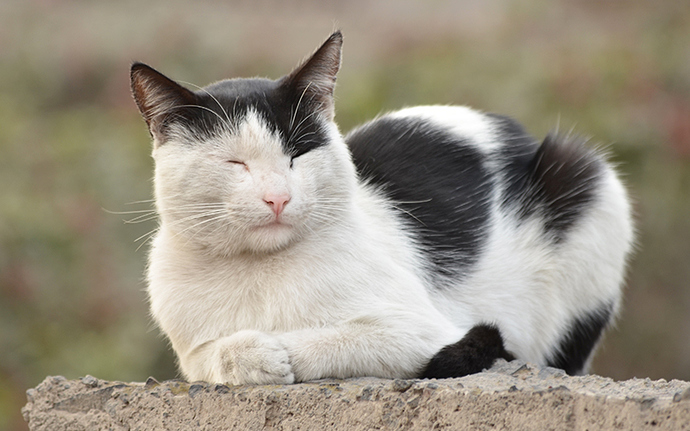 My aunt is cool. She’s just a little odd. She’ll tell people things about our family history but won’t let anyone see the actual book. I don’t know if there’s something she doesn’t want anyone to know about or if she’s just overly protective of it as a weird quirk.

Bastet often takes the form of a domestic cat- 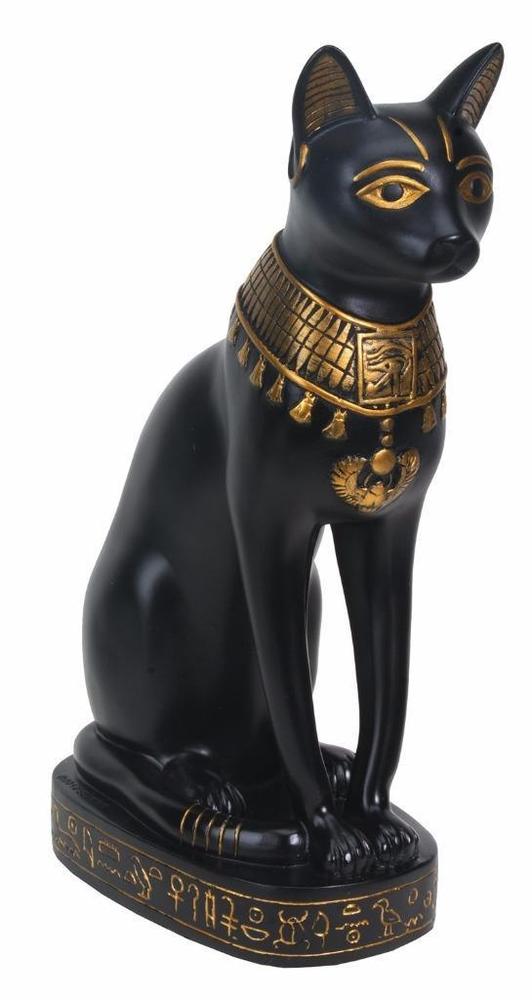 Looks like I’ve got some more researching to do.