Anyone know any good healers?

I’m sorta new to magick in general. I have a lot to learn over all. I’ve been using it on again off again for many years but I’mm still fairly new to this. A friend of mine and her buddy got themselves into some trouble and I want to help but I’m not sure what to do. I have a friend who goes by “Abadril” He’s kinda out there and a little bit looney hardcore conspiracy Illuminati aliens control the world conspiracy theorist but he’s good at magick. 6 months ago my friend who we’ll call K.A did an evocation of Barbatos I think, to banish her guardian angel.

Basically, a week to the T, after they banished her guardian angel she got hit by a car and K.A is now in a paralyzed state that may last the rest of her life. We don’t know much about her condition since her mom won’t update anyone on her condition. But we know she can’t sit up, walk, talk or anything by herself.

My friend K.A the one who was hit by the car was a hardcore skeptic but very well versed in the left hand path and other forms of magick. She was quite skilled for someone who never believed in it.

Basically, I’m looking for someone to either help this situation and heal her or undo whatever was done. I don’t know the specifics of the event I just know the intention and what I’ve stated.
I tried calling Raphael but when I asked him to heal her, he said no. I don’t really know what to do to help the situation but I have to do something. Abadril has completely shut down from magick but I can’t just stand by. I know a few spirits but they mainly work with disases so I’m not sure if they would be of help… 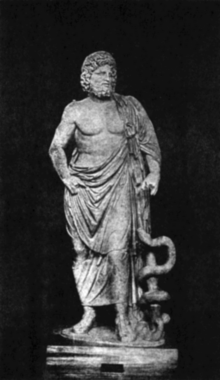 A health deity is a god or goddess in mythology or religion associated with health, healing and wellbeing. They may also be related to childbirth or Mother Goddesses. They are a common feature of polytheistic religions. Vaidyanatha - Shiva as healer of all

Basically, a week to the T, after they banished her guardian angel she got hit by a car and K.A is now in a paralyzed state that may last the rest of her life.

… we know she can’t sit up, walk, talk or anything by herself.

See kids, magick is real, not every challenge you meet is a cozy Disney Special where you go through tough times and come out stronger at the end.

I am truly sad for your friend.

You’re going to need some divine-level intervention on this one because she did it herself, she consented to it, and that’s probably why Raphael won’t touch this.

I’m not sure what can be done, some kind of re-hookup with her GA/Higher Self maybe, do you have a photo of her you can send me by PM? I bumped your trust level on here so you can send those.

Also, this is important - has she expressed ANY regret about what happened in any way that you’re aware of? I get that her mom won’t let you see her, I just need to know anything you have at all about her state of mind, PM is fine.

When you said guardian angel, did you mean HGA?

Because if that’s the case, trying to banish would be basically banishing yourself, which is bad.

The HGA isn’t holy, a guardian, or an angel, it’s simply your perfected self.

trying to banish would be basically banishing yourself, which is bad.

Yes, the Higher Self in core shamanism is kinda somewhere between the two.

Banishing that would explain why her life has basically been closed down on the physical.

It’s really fucked up but unfortunately people have on the one hand all these grandiose concepts of one pact that does everything because movies and TV, and on the other no TRUE belief that magick is real, so this kind of fuckup is going to be the result for some people.

It’s like having a gun, believing it can only kill enemies but also that it isn’t real, so no harm can occur in either of those belief streams if they point it at themselves and pull the trigger.

I want to see if I can reverse what she did because it seems like a fun challenge, if anyone else is working on this I request we maybe form a group otherwise our work may conflict, and since this girl is already a nexus for magickal fuckups, it’s in line with my beliefs around causality that to work on her from different angles without knowing would also backfire.

It’s like when you hear some of the edgy “Left hand path” practitioners who are more stupid evil than chaotic evil, trying to ‘kill their HGA’.

I’ve dealt with a few people who were like that. It’s always an exercise in patience and effort as you resist the urge to bang your head on hard heavy objects.

I’m not exactly sure. That’s just the terminology Abadril used. I wouldn’t be surprised if it was her HGA that sounds more plausible. I wasn’t there when this happened. I didn’t want to take part in it. I know it was K.A who performed the ritual and the banashing of whatever it was, I only know what I’ve been told by my friend. Though honestly what you’ve stated sounds the most plausible, yes.