Not sure if there’s already a thread for this. If so I apologize. Any of you guys used animal blood sacrifice methods? What’s worked for you? What entities seem to like it? What currents have you used it with? What you use it to accomplish? Come on with it!

Yeah. This has been covered by me and probably others. You’re welcome to take my neighbors dogs.

I’ve tried it but no cigar. Maybe when I move back out of town I’ll buy some chickens and have another…whack at it budum psssh

You can go ahead and add my neighbor’s cats to your list too. Those damn cats shit in my yard and sleep on my car.

There is a difference between animal sacrifice and the urge to kill shit cause your pissed.

I know some people that i’m in penpal type relationships with that use animal sacrifice. One in particular lives in Africa where it is common. Most people in his village have at least a few small live stock like goats, chickens.

Usually someone pays them to do a certain type of work. If its a big deal like cursing someone to death. They use the whole animal. bones for divination, feathers for decorating altars and blood to draw circles and sigils. Therefore the price of the ritual is more based on price of the animals needed to be bought for it. Not the work and time itself needed to be done.

kill two birds with one stone. No more muddy paw prints on my car and a satisfied deity.

You do know quite a few entities like cats don’t you? A former associate sacrificed one to Hecate, started getting nightmares and killed himself 3 months later… There’s a reason cats are rarely sacrificed by anyone actually knowing what they are doing.

That was a joke. I’m not about to swipe anybody’s pet and kill it.

Yeah, I figured. If I seriously thought you were, my reactions wouldn’t be anywhere near as mild. Just thought a general warning would be in order, in case some of the more impressionable folk wandered by

I’ve sacrificed a cat in the past without any backlash. I won’t go into too much detail here, as I know that it’s a touchy subject. However, long story short, I had a very successful working…

I would think it would depend on the entites involved. Some like cats some likely consider them lunch

if none were involved then the spiritual energy of the cat likely propelled the ritual forward.

You’re correct about the lunch part, in my case… Hehehe…

It is not necessary. Develop one’s mind, one’s spiritual strength and you won’t need to. I think also one would get bad karma from this. I believe in “natural law” where you can do anything you want as long as you have a right to do it. If you do anything you don’t have a right to do (steal, kill (but not self defense which is a right) rape etc) then you will have some bad effect. Check out Mark Passio on you tube, and his website whatonearthishappening. Lots of podcasts, info. I love animals, they are our “younger brothers and sisters” so to speak. Natural law is embedded into and woven into the fabric of the universe. It is absolute, works 100% of the time, and is inescapable.

It is not necessary. Develop one’s mind, one’s spiritual strength and you won’t need to.

Nessesary maybe not but there is power it in it and it has its uses and reasons.

Natural law is embedded into and woven into the fabric of the universe. It is absolute, works 100% of the time, and is inescapable.

Experience and results i have had tell me otherwise but to each their own.

On a less serious note on the subject 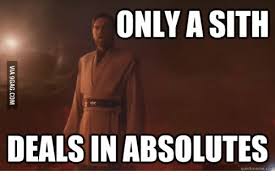 I wasn’t asking for advice or really even for personal reasons at all. My beliefs on the morality of it are what they are. I was just curious what experiences other people have had, for research and information’s sake alone. I do appreciate everyone who answered seriously about your experiences with sacrifice. I like to hear what other people have done and how it went for them. I’d especially like to know which entities tend to like these sacrifices and what they’ve given in return. The rite of deification seems to be going well for magicians out there. I haven’t done it yet but I intend to.

Fish do not work very well, at least for me. 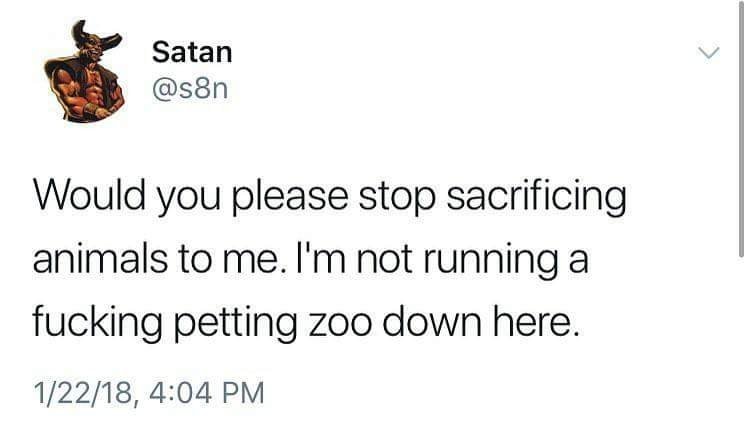