Hi guys
I was reading a webpage today and it was talking about how angels are bad and then I’ve heard a couple people mention here that for example: they don’t respond to people /help people that they just confuse people more.

I’ve ever only asked st Michael and st Rafael and they’ve both helped me but I would like to better understand this viewpoint .

I see this as dogma from the other side. First of all I worked with Angels and they helped me a lot, never had problems, even with engaging the LHP.

So I don’t have this experience at all.

Same here, I have and still do work well with Angels.
Personally I don’t really pay attention to other peoples opinions on things but trust my own experiences…You’ve had good responses from both Michael and Raphael (which is all that counts) so I wouldn’t get too caught up in others viewpoints.

I heard a similar doctrine taught by Joy of Satan, but, to be frank, I think it’s bullshit. It’s the exact teaching of Christianity regarding demons and we all know that summoned demons have never been actually evil.

Likewise, I work exclusively with angels, and I have never regretted that decision. If working with angels wasn’t the best option for me, believe me I’d be doing something else long ago.

Thank you yes that’s where I read it and I found a lot of truth on that webpage also but this was one I was like what?! Lol

a couple people mention here that for example: they don’t respond to people /help people that they just confuse people more.

That’s not true. Most of these individuals are biased, number 1, that is, the people on the forum. Either one of two things in my opinion is occurring: 1) they couldn’t actually manifest anything (the person themselves) or 2) edge factor.

If you feel attracted to work with them, don’t let the opinions of others stop you. They’re great.

Best of luck on your path.

… No
Angels are a species of spirit that make up the Celestial reality.
Angels are neither pro-human or Negative-Human.
In other words, they do not favor us and they do not hate us and have no connection to religion whatsoever, those connections were made by us not them.

The only thing I can say about Angels VS Daemons is they are on different wavelengths or have different vibrations.
I have difficulty communicating with Angels because of that, otherwise I don’t see them as very different.

Orlee Stewart talks about Angels and says while they are helpful they are not as personable as a Daemon. This would be her personal experiences and I feel with Angels and Daemons is always subjective.

I would recommend that you don’t pay attention to a lot of the “theory” on Joy of Satan and just stick to their “practice”. Because while their meditations are pretty solid, all the things that they teach about is mostly not true at all.

I mean on the homepage, the first thing you see is a quote from Saran from the “Qu’ret Al-Yezid”. Except, this is a Bible of sorts for the Yezidi religion, who do not worship Satan, if you expand the quote:

So, we see that this is Melek Ta’us (the Peacock Angel) who is speaking. Often, the Muslims persecute the Yezidi for being devil worshippers, because Melek Ta’us, like Iblis, refused to worship Adam when God commanded him to, but unlike Iblis, who was cast out for his infidelity, Melek Ta’us was extolled for passing God’s test and knowing that his nature was greater than the nature of man.

But yes, not Satan.

And all the actual Nazi influence and actual racism is difficult to stomach.

they don’t respond to people /help people that they just confuse people more. 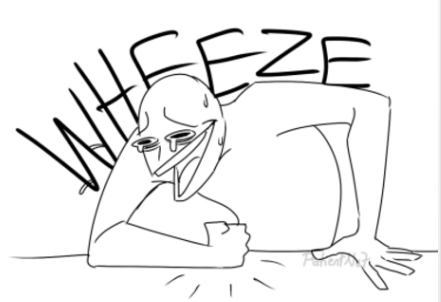 I pity those bastards. Like @Fallen_Angel said, they either couldn’t manifest them or are massive edgelords. Or if they did conjure them, they didn’t like what advice they had to give or had unreasonable expectations that weren’t met.