I have a quick question for you all: what constitutes evil? And by extension, if I would harm someone else (this includes my own family) for bringing harm to me, what does that make me? Tempermental? Normal? The “god” of the bible?

As Always, any and all opinions and answers are appreciated.

Evil is the normal nature of the universe

Evil is just a word for people who don’t see on the same level on a subject if you ask me.

Some people see what some may consider as evil as good.

If you ask me it’s all just states of mind that can change at the flick of the human minds light switch.

Angels are forgiving and embracing
Daemons are Passionate and lustful
To me their both love just in different shades.

In the eyes of the followers (slaves) of Yehwah/Marduk/Jehovah (all the same desert troll God just going by a different name) see the very acts that we do here on a daily basis as pure evil. Some have died because of that thinking (Salem Witch Trials) but if their God says kill these women and children and take the land for yourself “it’s all good” you did it in my name.

We all have darksides and lightsides. The question is what control do you have over yourself. If you get off on purely hurting someone or killing someone that can be seen as evil.

Good and evil are what you make of them. What is good to me may be nightmarishly evil to you. 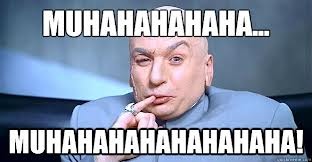 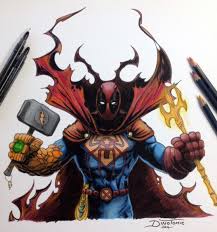 I can’t imagine anything so melodramatic. Good and evil are two sides of a perfect sphere. One can’t exist without the other. If you were completely evil, you’d probably destroy yourself. Such notions of heaven and hell are impossible for me to latch onto.
For every action, there is an equal and opposite reaction.

Honestly I see it kinda like a yin yang you need some of all of it for everything to keep balance.

But I admit sometimes I ask those questions too about myself.

I have a quick question for you all: what constitutes evil?

“Evil,” to me, is anything that fundamentally and systematically seeks to limit choice, where that choice involves more life, more flourishing, more freedom to explore potential and live in a natural and healthy manner, and more enjoyment, for all sentient beings on a scale beginning with ME, then my immediate and extended family & folk, our pets, and down through various degrees of importance which includes farm animals, animals in the wild, even bugs and crawly critters.

Anything that sets itself up (such as the Abrahamic religions, and also authoritarianism and its manifestations) to nip that in the bud at an early age by indoctrinating children with fear to prevent them thinking and exploring the spiritual realms for example - anything that does this en masse to animals, as with inhumane intensive farms, puppy farming, breeding pedigree dogs with genetic defects that mean they’re born sick, all that, to me, is equally evil.

While what’s “natural and flourishing” is a matter of some debate, what opposes and suppresses that is almost always recognisable, whether it’s the child-bride raped into PTSD (soul loss) through religion or because her attackers are part of a group some see as victims, the kid brought up thinking he’ll go to hell if he explores why he can see the future sometimes, or the cow that never sees daylight in her life because allowing her that small freedom would put 15% extra on the price of a carton of milk.

Unlike other definitions I’ve played with over the years, this one starts with me, right on the other side of the Divine Paradox, of being in that state of apotheosis, experiencing Self as the One sole source of all creation - anything that tries to limit that (mass religion, skeptical atheism, etc) is evil to me, on a continuum with stuff affecting (on the flipside of the Divine Paradox) every other living being.

That’s what I’m against.

And for my own conduct, in place of prohibiting ethics, I have values - positive things that I can aspire to, so my value of “I like animals” may equally extend to going out even though I have flu, to walk my dog - or, equally, sending an excrutiating death curse against someone who I know was cruel to their own dog.

Try parsing that under “LHP values” and it works just fine - try rationalising it under “RHP ethics” and you’re in a world of moral compromises and equivocations.

And such has always been the case, when people have tried to honour their values, whilst having to pay lip service to fixed external ethical guidelines.

I believe this is because we live in a universe of desire - of desire for more life, more love, more going-towards of all the things we treasure, and that the atrophied dead claws of RHP prohibition and externally-imposed restraint are, at their core, anti-life.

They sing a good song about “love” and put a good spin on things as being “for the highest good of all” but there’s always an undertow of hypocrisy, because sooner or later the religions of love will kill their enemies, and the atheist, skeptics, and marxists who believe only this life is real or valid will remove that life from anyone who happens to challenge their dogma.

The Left-Hand Path completely lacks the moral imperative to FORCE others to believe as you do or suffer the consequences, which is a very important aspect - I won’t think less of anyone who thinks my values are a load of waffle, whereas, a believer usually HAS to have people see things their way. They will literally always strive for thought-control of other people.

And the LHP I practice also lacks the ability to set atrocities in motion, and then to “pass the buck” and claim that we only burned these thousands of people alive because it was written in a book, we only beat our children and wives because we’re told to do so, etc.

The only person who can, and will, judge you - is yourself.

Everything comes in pairs of opposites. It’s a law of “nature” in my opinion. Consciousness was all encompassing. To be able to perceive itself it, would have to come down to a single part. To be able to perceive itself it would need to be seperated, fragmented etc. We are incapable of comprehension unless, we have something to compare it to. All of our knowledge is based on pretty much, comparision or differentiation. Now… in order for good, evil, holy, cursed, happiness, depression, concepts of right and wrong to exist there would have to be an opposite. In my words I would say, what the premise of evil constitutes is based upon the paridrastr, or the perceiver.

sending an excrutiating death curse against someone who I know was cruel to their own dog.

Well said. All existence in my opinion, in fundamentally from the same thing. Thus giving it a state of equality. In some religious texts they state due to Adam being made from clay or of the Earth, he is superior to the woman which is from his hip bone. Earth and bone originate from the same source.
“So the Lord God caused a deep sleep to fall upon the man, and he slept; then he took one of his ribs and closed up its place with flesh. And the rib that the Lord God had taken from the man he made into a woman and brought her to the man.”
Genesis 2:21–22
Conclusions like this lead to a societal mind control.

Unfortunately “equality” has becomne a byword for hating motherhood, hating on virginity, and hating anything traditionally feminine, which is why my scorn falls as much on marxism, but it seems clear that the Biblical and earlier stuff from those faiths was the set-up for all this madness.

Do you believe religious programming will evolve or devolve?

I would suggest others opinion should not bother you.

As far as harming family members is concerned, we all have ups and downs. Many of us are hurt by family members and we hurt them back at times intentionally or otherwise. I would suggest dont harm family for the fun of it, but if you have choose between u and some family member, well , its your call, you have to decide whom to save

I would decide depending on the situation.

I think hurting family is required only in rare circumstances when all the other options are exhausted.

That’s subjective. I can’t answer that, but you can.

Does the Wolf kill for survival or pleasure? One option is a need, the other entertainment.