I started making succesful evocations, so of course I started to put delicious oferings in my altar.

I don’t have a big house with many rooms, so I am using my studio/library to put an altar, but of course as a cat lover, my cat is allowed in the studio and he eats and tastes all the offerings I am putting to the sipirits

Or…the offerings have to be open in the air?

Thank you for helping this cat worshiping witch 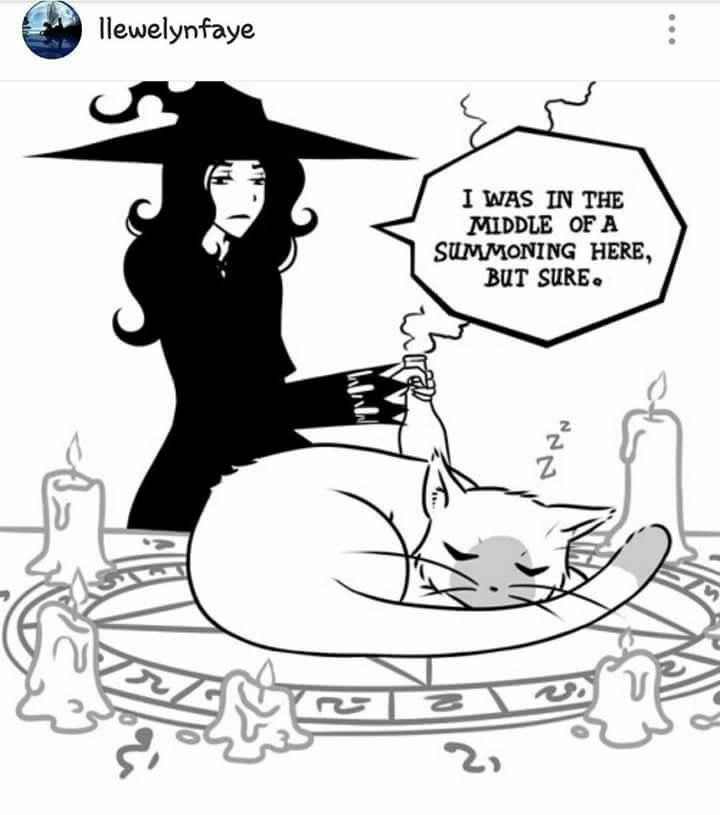 Well. You’re successful, so the first thing I would do is ask Bune.

But assuming that for some reason you can’t right this moment, or in the near future- I don’t think Bune is going to care, that a free willed being, invited itself to their offering. Guess I also know that spirits don’t always answer the questions we think are most important. But usually the more mundane stuff they seem to.

Unless you put it there with the intentions, that the cat would eat it instead of wasting it or something, you should be fine.

Most of the time spirits understand we are not only human, but everything around us- is not controlled by us. We are the operator… of ourselves. Not of our neighbors or our sisters or our cats. I honestly would leave it on your kitchen counter, rather than on the altar.

If you need an offering, I don’t think there would be any issue with having it with you when you offer it at the alter, then moving it to your kitchen counter where the cat will not get it. You could even tell Bune you were doing this, at the time you gave the offering.

Well. You’re successful, so the first thing I would do is ask Bune.

I mean…I get my petitions answered, but I can’t ear or see them yet

Unless you put it there with the intentions, that the cat would eat it instead of wasting it or something, you should be fine.

Great! I know sometimes they seem stupid questions, but I rather asking them and be sure.

Thank you a lot @Keteriya!