With a low-uttered, sibilating hiss, the Mistress of Earth sent her long and jagged knife careening wildly into the bound body of her chosen opfer, a young man of Middle-Eastern descent who had been brought, via the process of “extraordinary rendition”, complimentary airfare courtesy of her own government, to a clandestine U.S. base deep within the Syrian mountains.

Although geopolitical journalism hinted at covertly sponsored U.S. activities meant to topple the regime, in reality the Syrian government had long been host to myriad clandestine operations in collusion with the United States. Namely in this regard, acting as the repository for various secret “black sites” that were utilized for the sort of confinement and interrogation processes that would not be allowed under the Geneva Convention or areas titularly engaged in lip-service to U.S. legal statutes. Such processes became much less of a problem when enacted in specific geographic areas, such as Syria, which were so historically ensconced in human-rights abuses and of questionable public alliance with the U.S. Government that they lay in an effective nether-region in the standard intelligence sense, being very far indeed from the prying eyes of U.N. inspectors and individual N.G.O.’s engaged in monitoring human rights abuses.

Having been heavily sedated with barbiturates, administered by a psychiatrist earlier that evening who was an attache to CIA involvement in enemy combatant interrogation on base, the seemingly frenzied, yet, in execution, well-aimed knife blow elicited only the sound of internal gases escaping the now dead figure and a soft sigh, muted by the mouth gag in place. Satisfied with her work, the Mistress of Earth sawed through one of the manufactured cloth-belts that had held the only recently living man’s hands to his cot, freeing an arm and placing a jagged piece of metal in his hand, said object which she had recently pried from the bedframe.

Straightening herself, the female, now accomplished in a direct murder on behalf of her prince, secreted the bloody blade of her makeshift ceremonial knife into a plastic ziploc bag within her courier satchel before leaving the cell. The sounds of multitudes of Arab detainees screaming in agony, coupled with the audial distortion of the clanging of chains by M.P.’s going about their business and aircraft repairs in the hangar-like building effectively muffled any perceivable sounds of her exit. Before long the key which she had utilized to access the cell had been replaced on the administrative keyring held at the guard station, the staff of which were presently engaged in a late-night poker game which would, with the help of copious amounts of Jack Daniel’s that she had surreptitiously provided via the facility’s quartermaster, continue on late into the evening, many hours before a routine check of the cell in which she had been would occur.

Proceeding through the cavernous corridors of the converted hangar she nodded in amicable camaraderie to the various U.S. military personnel who had become her friends and companions over the last several months, each one appropriately garbed in the desert-camouflage vestments peculiar to their specific U.S. Armed Forces branch. As she emerged into the main reception and discharge area she spotted several civilian-clothed individuals engaged in deep discussion among themselves, all of whom emitted a peculiar aura distinct from their battle-fatigued co-operators and which were invariably present on the pretense of assignment by the U.S. Secretary of State.

Smiling broadly at an M.P. who sleepily maintained the outside exit, the M.P. responded in kind in a gesture of facial kindness before stepping aside, unbolting the six-inch thick steel door and allowing the Mistress of Earth into the outside area. Once beyond the doors of the facility, the fell winds of a dark autumn night assailed her senses, filled seemingly with the whispering voices of thousands of native hideous spirits who, like vultures, circled the area of death and grim work that had been enacted at the site for over a year now, eager in their blood-lust for more and further machinations courtesy of their foreign guests. The area, which had once been only a lost wilderness amongst lost wilderness, travelled by only the most sturdy of bedouins, had been transformed into a theatre of torture, terror and death by a force very foreign to the area - a force which held within its very fabric the only hope of a real and legitimate Galactic Imperium.

Proceeding beyond the harsh ever-present glow of the security lights, not unlike those installed in the football stadiums of her homeland, the Mistress of Earth proceeded to the very edge of the security perimeter which bore the darkened shadows in residual quantity of the pitch-black desert mountains in which the secret base resided. With a deft motion of her serpent-like hands the Mistress of Earth removed the ritual knife from her satchel, wrapping it inside a large cut of U.S.D.A. beef also held inside another plastic bag, securing the meat to the blade with a plastic zip-tie used for enemy combatant transport. She tightly wrapped the two plastic bags which had held the knife and the meat respectively into a cylinder-like bundle and inserted these into the crevice between the meat and the knife before throwing the object with a well-practiced motion over the concertina-wired perimeter fence and into the darkness beyond.

Removing a fresh pack of Marlboro Reds from her satchel, several cartons of which had been exchanged between her and the quartermaster in reciprocation for the Jack Daniel’s she had provided courtesy of a diplomatic carry-on by one of her recently arrived associates, she proceeded to slap the pack against her palm before unwrapping the pack and removing a single cigarette, lighting and smoking as she waited in the partial darkness. Before long, as if on cue, the sounds of snarling jackals could be heard reverberating off the desert hillsides, drawn by the smell of blood. The sound of the pack fighting over the recently proffered morsel moved over her in a wave until the sound of choking and strangulation could be heard, as the primary among their pack bit into the ragged edge of the blade which had been hidden within. Within an hour or so the corpse of the unfortunate jackal would be mostly consumed by the members of its former pack and within a day only bones would remain, having been picked clean by the vultures and other birds of prey which circled the skies, ever hungry, ever keen to cleanse the refuse of the desert as so generously arranged by their North American friend. The Mistress of Earth took one last drag from her cigarette as the sounds of the dying jackal transformed into the sounds of fratricidal cannibalization among the pack. She field-stripped the remainder, placing the spent filter in her right hip-pocket. Her steely gaze swept one last time across the black expanse of desert, filled with the churning, satanic seeds of Imperium. She turned and with steady gait marched back to the base; there was yet more work to be done.

“The Lord of Abominations is GAUBNI of the South Winds, whose face is a mass of entrails of the animals and men. His breath is the stench of dung, and no incense can banish the odor from where GAUBNI has been. GAUBNI is the Dark Angel of all that is excreted, and of all that sours. And as all things come to the time when they will decay, so also GAUBNI is the Lord of the Future of all that goes upon the earth, and any man’s future years may be seen by gazing into the very face of this Angel, taking care not to breathe the horrid perfume that is the odor of death.” - Anonymous, Tempel ov Blood, 2012, Exclusive for Nightmover 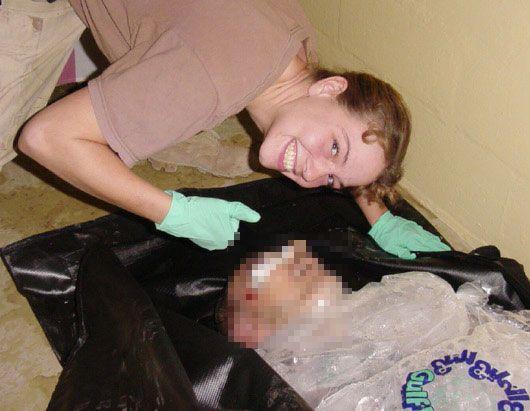 Nice. So what ever happened to the Tempel ov Blood releasing the “Red Hand” booklet or PREMA now that the manifest the dark blog is void?