So I am going to explain this as much as I can, I worked with lots of angels and over the recent year Lucifer has played a role I wasn’t expecting, due to the way I was raised (wiccan&witchcraft) I have had many visits now normally his choice I’ve never felt fear sometimes a snake moves me to where I am meant to be (during meditation) then I see him as a human with devil face and horns or angelic he’s surprised at my lack of fear.
The last time I was showed a rectangle meeting room made up of benches each side not connected but made up of three rows of benches, he turned to me and looked, and then something grabbed my arm and asked how I got there he’s busy.
This may seem strange I am yet to explain this, before he has faced me he’s paused time and gave me an option to a personal situation, he even held my hand.
I guess I am looking for someone who has experienced similar or can shed light on this.
Thank you

Thank you for your input and tags

I suggest you communicate with him more, so you would understand what it’s all about from the source.

As far as I can see, your deep mind is connected with him for some reason. Maybe because of the way you were raised practicing wicca/witchcraft. That may have created a subconscious attraction that was released in meditation and opened a channel between you and him. My personal understanding of the experience.

Why Lucifer, specifically? I think you’re the only one who could answer this question.
I believe it’s a very positive experience. He’s a great teacher.

Thank you for your perspective,
my nan used to say I was linked to him via different past life’s and that’s why she taught me so young, so I could choose my own path light or dark I choose both.
she remembered one past life regression I was with a snake speaking fluent Latin (which I can’t do naturally) then he changed into angelic form this is when the coven brought me out.
I agree there is a deep connection I’ve worked with other demons then I feel this power and exciting energy and he takes charge.
I don’t mind he’s explained the hierarchy to me and agree he’s a great teacher although sometimes he confuses me.
I did work last night with the great duke sallos
But as I went to sleep Lucifer name repeated in my head saying I can do that, along with the image of his Sigil on my left wrist.

That’s really wonderful. He’s clearly calling you to communicate with him. I highly suggest you follow him and trust him. You won’t regret it.

But when it comes to work, as in asking him for help in your life, I believe it’s best to start slow because each spirit has its own way of doing things. So better get used to his way of work first before you go deeper in the relationship.

Thank you @PrinceX for your feedback it’s been very insightful.

You’re most welcome. Wish you all the best in your journey.

This may seem strange I am yet to explain this, before he has faced me he’s paused time and gave me an option to a personal situation, he even held my hand.
I guess I am looking for someone who has experienced similar or can shed light on this.

Lucifer does switch forms,
no question on that. it’s reported many times, from many practicioners.

On the more specific part: your lack of fear - you feel comfortable around him since you’re used to magick on one hand, sure, but you seem to also have some degree of resistance to his fear aura.

Lucifer emitts a constant aura of Energy around him, in my expierience,
and usually people are being afraid when they recognize that energy.

However, that’s to a good degree because of viewpoint aswell.

Lucifer - before the latin word was coined, was simply called dawn-bringer or light-bringer.
And it actually represents the planet Venus.
Now, there is plenty of more modern material which contradicts this,
but as a matter of fact,
he’s originally not a spirit of the sun but of venus.

And this, is the point:

Because when we look at the Planetary sigils for Venus 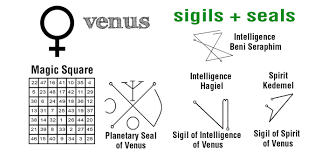 Those don’t really line up that much with the Lucifer Sigil.

But the other explenation,
of lucifer being the Angel / Demon of “self” of “ego”,
comes on along here. 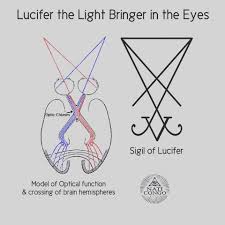 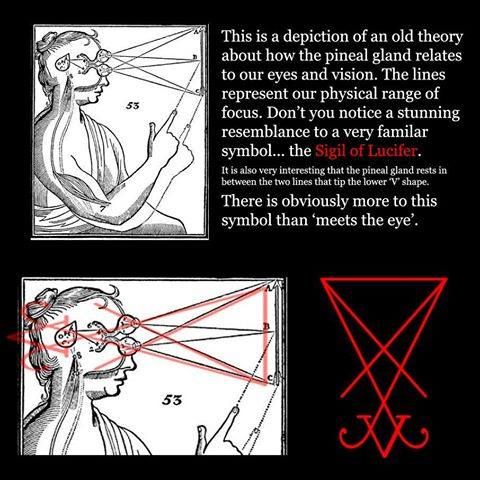 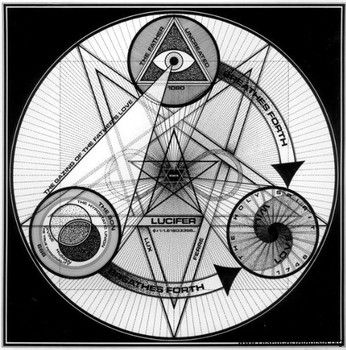 Now this wouldn’t translate to Light bringer, but to light perciever or light taker then.

But only when you’re viewing from the perspective of the mind emitting what it sees into reality in front of you, then it could be considered “light-bringer” again.

regarding his stopping of time in order to adress your visit,
yes, i can confirm that’s rather normal and a kind of sign of respect towards you and who ever was in the room with him.

think this should be enough for the moment, and to get a new angle.