So me and this guy have been talking for awhile and at first he was awesome and sweet. We went on a date and at the restaurant he was being ugly and ignoring me and when we came home he ignored all my messages for 3 days and out of no where showed up well I decided to let it go and we continued to talk but just recently he got upset with my social media and I told him I would get rid of it all but he just has to be real and talk to me but once again he started ignoring me. After 2 days of being short he told me he couldn’t do it anymore and stopped messaging me and when I tried contacting him days later he was upset because his friends had told him I was trying to get with them which was a lie. I asked Santa Muerte for help but haven’t seen any results so what should I do? I really like this guy & ive never connected with anyone like how we do so someone help!

He’s clearly a douche, to be blunt. Why trouble yourself?

When he’s mad he can be but when we’re on good terms we have a great time together. Idk I’ve been thinking about him a lot

Ask Santa Muerte again until you see results. Or cast a love spell… they’re very simple and easy to do. Search the forum here for ideas and examples. Pick the one you feel is right for you and do it. Spells are more effective with Santa Muerte.

You don’t have to do it with her… some spells here already mention the spirits you should call, others can work without any spirits at all.

Full blown douchelord. Get a new one.

I’m sorry but why do you like this guy? I see no reason to like him at all.

My advice is to manifest someone better who will show you respect to be your lover.

Now you will have to excuse my candor, but I get real pissed at situations like these on principle, because of some personal experience. DISCLAIMER: just my opinion, take it or leave it.

The guy is a cunt, plain and simple. I know, you feel like hes really cute and dreamy, and understands you like no one else can, but when someone starts acting like this, all of that is obviously just a ploy. From what I understand, you know this guy relatively short amount of time, considering there was only one date. If shit like this, happens this soon, - run. If you will stay, it can lead to an abusive relationship that will fuck you over later. There are plenty of people who are not cunts, who can honestly connect with you. This guy is not one of those people.

You have two options:

My general advice: dont let others take you for a fool and use you. But once again, you are free to do as you wish.

So pretending one major aspect of him doesn’t exist to make the rest okay?
He acts bipolar, chauvinistic, controlling and with complete lack of care.

He doesn’t like you having a fb so you’d delete it just for that?? Or he is disrespectful to you, ignores you then calls you saying his friends told him you were getting with them and YOU apologized??
Where is your self respect and I mean that as constructive critisism; you need to take your power back then decide if you want to keep him around.

I never thought I was in the wrong but everyone else tells me I am.
He has trust issues and had a lot of stuff that happened so I understand a little but it’s no excuse for him to ignore me and not talk about it.
He’s really a sweet guy and is respectful but idk he just thinks I want everyone else.

That’s a manipulation tactic. Everything you have described is the beggining stages of an Abusive relationship.

Get out of it now before he starts hitting you and don’t fall for it again.

So you pay for others mistakes because he is insecure? It’s not your job to tweak your life to be exactly what he needs. Relationships are 50/50. He sounds like he needs to grow up a bit before he can be in a healthy relationship.

Definetly a ploy., these kind of people know how to turn it up and talk big to make you think they are wonderful and you’re the screwed up one.

He thinks you’re out with other guys let him. Tell him you’re done with his cat and mouse shit, there are way, way better fish in the sea and you don’t need to stick with a bottom feeder.

. I asked Santa Muerte for help but haven’t seen any results

Santa Muerte clearly sees something that you don’t. Ask her for guidance instead of asking her to work on him. She is not granting this for a very good reason. Believe me she heard you.

Honestly, consider it true colors and move on, take it from someone that’s wasted too much time in the past dealing with other peoples issues… we don’t have to look down on people for their issues, but just because they have them doesn’t mean you need to tolerate disrespect and passive aggressiveness… 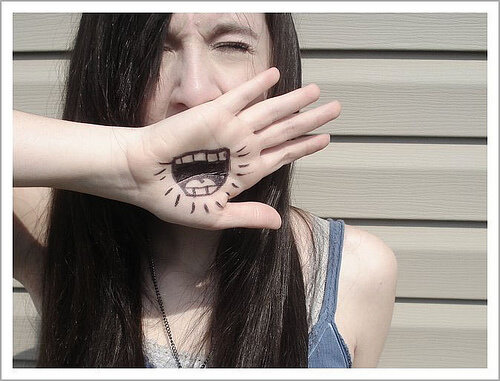 Alright before I begin I originally speed read it and closed out. But. Something drew me back and I find myself channeling the lady of death herself.

“Do not waste your time on someone who does not know what love is. Time is of little abundance in the case of humans. It is taken for granted and wasted. Do not fall into the same trap. This is abuse in different forms.”

I never thought I was in the wrong but everyone else tells me I am.

“The only thing you are wrong for, is allowing this to happen to yourself. You’re strong and beautiful. You don’t need him. Dispose of trash in the proper way.”

Well. There you go.

She is very no bullshit. Very unique.

I know you think he’s nice, but saying he’s nice and describing bad behavior tells us otherwise. He depends on his friends to choose his relationships: big red flag there. He treated you like dirt nearly at the beginning: big red flag. What was wrong with your social media? And why do you feel you need to get rid of it for him? Several red flags there.

So this is what I think you should do, as per a suggestion I gave someone years ago that worked for her.

Set up for a love spell. Aphrodite and Hecate perhaps, or just make it a plain love spell. Pink candle, ribbons, a bowl of water, the works.

But. Do NOT direct it at him!

Instead, be very firm that you are calling your mate that is GOOD FOR YOU. That will make your heart pitter patter. That will treat you well, and make you want to treat them well. That will complete you. That will NOT LEAVE YOU or treat you like crap. Basically will be your Prince (or Princess) Charming.

Do this spell three times. On each full moon perhaps. Or a new moon, as you’re calling for a new beginning.

Once worked in a magic shop and there was this woman who was doing love spells on people constantly and always getting treated worse than you describe. So I gave her that advice. Within a month she was with someone who treated her like a queen, and she had never been happier. Last I saw her she was engaged.

So seek a healthy happy environment. That’s not always in the now.