A Wonderful Ride with Lucifer 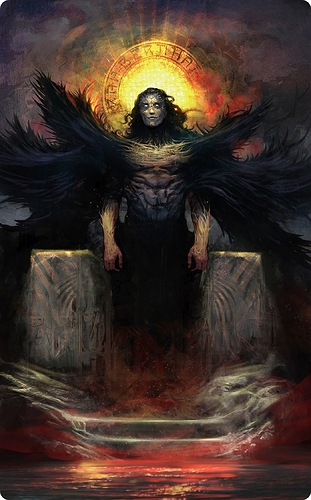 I would never have thought it will happens, and even the first moment I did not realize whats happening…

At Marc 3. I joined to BALG, because a strange feeling caught me. I’ve heard His name all the time, lurking in my mind, and it became stronger, day by day. This was the call of Abaddon, so I stepped on this path, and I accepted Him as my Patron, just He did accepted me as His disciple.

I’ve heard of two rituals. The first was the Introduction Ritual, and the second was the Dedication Ritual. The last one is a really serious and important ritual, much more important than a marriage, but the Dedicated Studens of Gods gets more privilege, and more care, for they swore this with their blood, before the Gods.

I was interested in both, but very first, I wanted to did my Introduction Ritual. I was so resolute, so I swear to Gods, that I’ll do it an exact day (Saturday), but after 2 years years in full of health, I became ill before the ritual. I was so tired, and felt myself bad, but I ignored the advices from other Forumers, and I did my Introduction… towards Lucifer.
At this moment, I did not realize what will come, and I was sure in that it can’t be a big Deal. He simply “know me” from that moment, and I can continue what I’ve started with Abaddon. But no…

After my Introduction towards Lucifer, I experienced lucid dreams (I did it before, very often), where in He appeared again and again. I didn’t really understand why, but somehow I felt that this happens because my Introduction Ritual, so He want me to understand something.

Some days later, I’ve had an another dream, where I heard a verse (or something like a verse) about Lucifer in an unknown (but existing) language. I’ve tried to get up as soon as possibe, but almost every single row of it felt out of my head. I was able to save these:

I was so hyped, but did not know what should I do with these, even when I felt that it has a deeper meaning to me. And before the night I finally realize: I have to finish today the Dedication Ritual

The Ritual itself was fantastic. I lighted 7 candles and placed them all around me.

All of them dancing and flashes ardently. The smell of my fragrance oils and incenses filled up my room. Lucifer’s, Belial’s sigils are in front of me, and my Patron’s sigil were on my wrist.

…after I marked the letter with my blood, as I sat before them. I was silent, and many thoughts swirled in my head.

Seconds have become minutes, and I felt some soft touches on my hand, fingers back. Slowly after these, I started hearing voices, and my candles dances… dances as I looked at them. They moved with my look, as a “reaction” to me, from Them. Like an Audience…

I read the letter loudly, and I finished the ritual.
At this time, the paper piece burned in moments, very fast.
I felt something inexplicable “energies” are filled me, like the soft milk when you pour it in your crystal glass. It felt so good, like a rise.

After the finish, I was able to hear voices talked to me.
And now my candles… I let two of them. The little one is glimmer, and an another one dancing wildly, unpredictable. 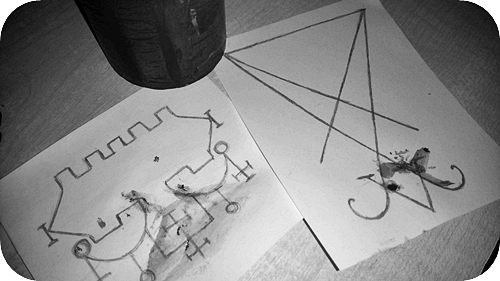 After the Dedication Ritual, Lucifer often appeared before me, via meditations, what made me confused a lot, because I waited for Abaddon, mostly. But Lucifer came again and again, without I would call Him (and I felt deep guilt because my “ignorance”).

I was able to feel His care, His honest love and the changes inside me. His advices was extremely useful, honest and deep, and I can sense how He working on me. With my 3rd eye, my chakra points either.

A New Practice and Burning Emotions

Some days ago, I became really bored with the simple basic meditations, and suddenly He teached a new practice to me, and leads in it day by day. In this practice His (?) Golden Energy what I have to work, inside me.

In the first two days, I have to “pulse back” it into Him, but today I have to “keep it” inside me.
( It is a mistery to me at the moment, why - so if someone can give me some explarnation, feel free to share with me at least in PM. ).

Before my Introduction Ritual, I felt towards Him almost everything positive and deep things, even sexual ones.

After the Dedication Ritual I lost “focus” and thoughts towards Him from sexual ways (what kind of feelings I can sense towards Abaddon, King Belial and Pazuzu as well), which was a big help to me concentrating to my main goals. He told me that this is because of Him: because He wanted me to concentrate first, for my cause, and later We can spend quality times Together, releasing our feelings and desires.

And Now Our Relationship started to deflate our deeper feelings towards each other, again. Before the daily “Farewell”, we hugs each other. This hug is always gently, honest, deep and so long - just like our kiss.

I promised Him that soon I’ll invite Him for that “Quality Time” what I promised two weeks ago, and I just postponed it just because I was unable to find Cinnamon Incenses (but yes, I got them last day, so there is no more “excuses”).

I’d try to find words about Him, but I can’t.
He is fantastic. wonderful, and I can’t wait to experience what He keeps for me,
and enjoy our free times Together, so if I’ll have enough news for an another post there,
I’ll share with You!.

That is very nice. I just recited his enn not too long ago.
Hail Lucifer

That’s great, thanks for sharing!

Good for you!
Do you mind asking him something from me?

@Senczyn: Do you mind asking him something from me?

Well, in my personal opinion, it could be much better if you would asked Him about what do you wish to know. Especially if your question is deeper, and it connected to you in some way. Why don’t you give it a try, first?

Well, I would if I even knew how to communicate with him but I don’t + I don’t really want to bond with him as much as you did.

Hm, all right then. Send me a PM with your question, then I’ll decide about will I ask it from Him or not.

wow, so cool, I not sure is it I fully understand your sharing, because many English word I don’t know in your word, but I can get some basic things you tell, is really cool can talk and communicate like this with him (Lucifer), thank you sharing : )

Yes, I know. My official language is far more difficult than the English (

, and I using it’s harder, literary version), so I oftenly overcomplicated things “little”. But I try to practice it.

It seems that I don’t have the access to pm yet. In that case, I’m gonna write the question here:

Should people encounter or even think of summoning demons in general? or they just should concentrate on normal life, solving their own problems, desires by themselves.

They aid, guide, and mentor us. You still have to put in the work.

@Senczyn, you got your answer from @Narsonix, she has absolutely right.

Anyway you can see persons who are summoning one demon for once, to solving their problems and then they’re left Them behind until they do not need an another help.

But most of people have a Patron/Matron, what is a really important thing, and They can help you alot. How Narsonix wrote: "They aid, guide, and mentor"

I thought all they do is using us, for their purposes, and wanting to kill for the most part. And I don’t think people call demons, demons for no reason.

or they just should concentrate on normal life, solving their own problems, desires by themselves.

Unless you somehow manage to live as a hermit somewhere, you arn’t really solving all your problems or desires by yourself. And “normal” life is pretty messed up right about now for a lot of people.
No, demons arn’t all love, light and fluffy bunnies. ( but then what is?)

Can I communicate with lucifer to ask him for help then go omw or should i follow him to help me??