I just found this guy and watched this video of him, explaining about the Demons of Goetia whereas he is referring also to the angelic energy.
What’s your opinion about this?
I find wonderful the way he represents those topics and his knowledge… hope you will like him too!!
Ps don’t laugh with his monk appearance 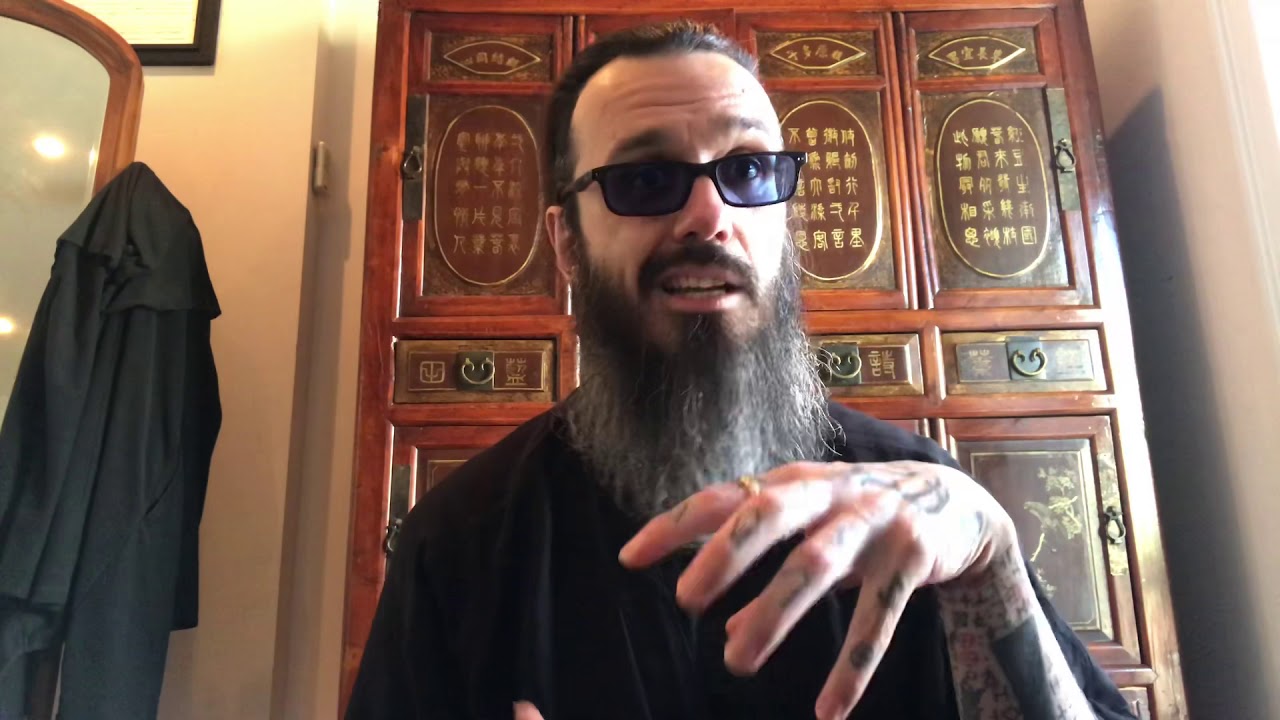 This is Damien Echols. I was obsessed with his case and liberation for some time.

But I haven’t looked much into his occult work. So I think I’ll take a look at the video.

Well, it’s an interesting concept that comes up from time to time. Until I don’t experience them (mostly) externally, then I’m not likely to really buy into it. If it does happen, then it does. It strikes me as something that fits into more of a ceremonial magick box, which I don’t really feel an affinity for, so that may affect my opinion and interpretation of what’s being said.

“the Angels are the leaves and the branches, the Goetia entities are the roots and we are the trunk, that connects the two. And that’s the part of the tree of Life…”

Soo may I ask, what’s your way of viewing of the Goetia entities?

He is perfectly simple, laconic but descriptive.
Loved him yea

Seems so. Wasn’t expecting that, by the way. Used to follow him on facebook, but I didn’t believe in magick back then. I just had too much empathy for the guy in a “Ughhh that could have happened to me” kind of way.

I see them mainly as external entities/forces that one interacts with in different ways. As a kid, I would see things that my siblings could also see, independently. So for someone to say that all of this is inside our heads or simply a part of us, based on my experiences, is a nice and neat little box to put things in to package in some way. If it works for them, then good for them.

Hmm… So once again psychological model is repeated. No matter what theology or onthlogy you use, important is what he says about integration of things. Both angels and demons (or Djinns as he stated in the beginning) will use the operators mind to communicate and “do things”. The less stable or messed is operator the higher is the risk of unwanted outcome.

No matter is it real or imaginitive (like in hypnosis) the flame is a flame and when you put your hand into flame it gonna be burned, but dependin on how strong is your nervous system, how thick is your skin, how long you were exposed for flame is how you gonna deal with outcome or aftereffect.

Lack of sufficient knowledge and training, lack of strength or health, cognitive bias… there are few of factors that can bring a misery upon you while you deal with goetic type of magic. As long, of course, as your will is strong enough to call entities unto you.

And to the nature (or essence) of them, for now there is no other way to check it out than subjective communication. So more important IMO is, how they are relating to the operator. For sure to some point there are The Other to Operator so they deserve for respect as much as the Operator themself.

Yes, for sure you cannot play with the “fire” and be unprepared or unprotected. You need to be ready and prepared mentally and physically for entering the spiritual world…

The less stable or messed is operator the higher is the risk of unwanted outcome.

Could you explain a little more this statement?

It is about how much integrated Operator (mage) is. I doubt it is possible to be fully integrated, but the more you know about yourself and how you react/deal to people/situations/thoughts and memories the better. Djinns (as Echols called them) will energize your psychosoma, it can be beneficial or disruptive.

There was a person on this forum who described that after contact with Archangel Michael had to deal with her own fears. Other people wrote that have good outcomes from contact with demons. I got once very spontaneous contact with Lucifer/Satan, very strong, after that I got peak of my abilities to the level I lost the ground and everything what was good turned after few weeks into my downfall, but only because I was emotionally and physically imbalanced and unable to deal few major transitions that happen in my life at once. After all it was sour and hard lesson about myself, and I become a bit less delusional.

If I had a weak or imbalanced intelect or spiritual part of myself i could risk turning into madness or run into exorcist… but for haven and hell sake at least with that I was strong. And my contact with this entity was not my will in common sense but it was a response to my regular occult practice of that time when I did banishing but also lot of energizing practices and got state of many synchronicities, I felt I got all that there was at that time and wanted more, so I got more.

I don’t blame the entity, I work with Lucifer now, I don’t blame myself, I was 24 and very carefree yet very cocky that time. I don’t blame magic, when you do things other things happen, that was, that is and that will be. But as Echols said, don’t just run into shem nor goetia, it can bring you a lessons you are not strong enough to get them yet.

but risk is what makes occultism spicy and sexy

I agree with I’m in a lot of ways although I don’t believe you must master angelic magick first. I used to practice ceremonial magick and it never did set right with me. I always felt it was forced, unnecessarily flamboyant, and saturated with judeo-Christian sentiment. I think it’s a wonderful system and perfect for some. I understand why he not recommended Goetic magick and it could be perceived as dangerous. Most people are so out of touch with their shadows that they are completely unprepared experience the forces they are calling. Liked the video though. He seems like a great teacher.

There are many steps and stages you need to get through, till you have the total control and dominance of your whole self, subconscious and conscious mind, your energy, mental balance etc…
And what i have noticed is that everyone here has different experiences and opinions, regarding the same entities.
So it really depends on your spiritual maturity and your personal awareness I think…
For sure its a looong loooong way, with ups and downs…

The important thing is that we have each other here, i feel like its about a huge family this forum who can give a hand when someone is into trouble or has doubts during his path. But certainly, every path is unique, different and difficult