A Journal Contemplating My Confliction

I was told I was an evil baby, by multiple members of my family. I scoffed and said, “Well maybe I was a bit mischievous, even ornery. But evil! How can a baby be evil.” Well they insisted just as much; and still do occasionally to this day.

Growing up I never felt any connection to anything spiritual. When dragged to church by my Grandma I never knew the most basic answers about the bible. I couldn’t even answer the question, who was God’s son? Embarrassed I just sank into my seat as some other little girl answered the most basic ass question that I could not…Jesus! Jesus was Gods son! 🤦

Soon after that I began asking existential questions at the age of five.

I asked my Grandmother: “Why am I here?”

Grandma: “Because your Mommy and Daddy made you.”

Me: “Yeah I know how babies are made but why? I mean like why am I living in this body Grandma?” What’s the point?"

I come from a family that sees and hears but wishes not to (not SUPER religious but all magick/occult is demonic and evil). I saw my first demon (or spirit of what appeared to be a demon) at the age of eight. Now at that time I had zero previous images of demons to use as imagination, as I had not yet been exposed to those types of movies and such.

I was at home at it was broad daylight. I saw the entity sitting on my couch dressed casually like a normal man. He was skinny and had ear length messy black hair that covered his forehead. His body was facing forward but his head was rotated and cocked to the side just staring straight at me. It didn’t have eyes, just narrow black hollow slits. It had a nose I cannot remember but its mouth… a mouth so wide it looked like someone gave it a Glasgow smile! It had spaced, jagged, sharp teeth and I was terrified!

I immediately closed my eyes so tight and wished it away. Out loud and in my head. Over and over I wished it away. When I finally opened my eyes back up it was still there, staring at me. And its grin seemed to widen! I was frozen with fear. I don’t know where my mother was at the time (maybe in the laundry room) but I was alone for short time. I was literally paralyzed with fear. Couldn’t move, couldn’t scream. Once again I just closed my eyes and wished it away. Over and over I wished for the sight to be taken away. When I open my eyes once more it was gone. I exhaled and shakily walked to my bedroom and hid under the covers and rocked myself until I was no longer afraid.

I didn’t have any more visions for many years after that. I never spoke of it for over a decade. This is the first time I have ever written about it. Years back a gifted psychic instructor of mine did some major reiki on me and “un-blocked” what I had blocked long ago as a child. She warned me that I would be able to “see” once again but that I would not have the same fear.

This journal will be my witness. My confession. A detailed account of my confusion, confliction and continued progression along the decades long journey I find myself on.

I am a healer and an empath and I feel as if I am of the light. But I’m a temperamental, vengeful, unforgetting, unforgiving to a fault, mean, rude asshole of a bitch. I summon and evoke angles for the strength to heal. To forgive. For guidance. For patience. To be nicer. To let all the bullshit go. And all that works, sometimes. But sometimes I’m just so angry! And I am evil! And don’t want to turn the other cheek. I want more then just justice, I want to dish out some cold ass stale rotten revenge and summon some demons to do my bidding.

So herein lies my dilemma…

Loving the light because ALL really is one and there is no other outside of self because there is NO self, just the one consciousness (I’m a soft poythiest btw) expressing itself in infinite forms. And by this understanding hurting anything is hurting the ONE, which is indeed myself.

And then there is this…

No Thing (nothing) is the Only thing that exists. Only that which is infinte and eternal is real. All else is illusion.

So then what matters what I do? It’s all a holographic game of remembering who you are. Remembering that you are all there is. You are the one consciousness that is the light AND the dark.

Loving Ain Sof. I long for eternal stillness, silence, emptiness. That is my home. I am born of the eternal abyss and to the abyss I long to return.

I only lose my sanity when forced to return to the light. But the light is where I reside. I ache for it to purify me once again. How paradoxical.

“…the test of a first-rate intelligence is the ability to hold two opposed ideas in the mind at the same time, and still retain the ability to function.”

My new mantra:
Nope! Im not insane, I am First-Rate Intelligence!

The first time Baphoment came to me was about 6 years ago. It was a very scary experience for me as I did not work with demons, at all. It was right before I even began my work summoning and evoking angelic beings.

I am a medium and as such I attract all kinds of shit to me. From apparitions to complete materializations. When I meditate many times someone/“spirit” usually shows up.

The time when Baphomet came I had taken some magick mushrooms. (I had taken them before but never had an experience like this) And I have litterally never taken them again since that day.

Everything was going well and then, at one point, when I closed my eyes I saw an encircled upside down pentagram. Now I have practiced magic for years and have used the pentagram many times, but never inverted. “Oh my god!” I screamed out loud in fear.

I opened my eyes with a quickness and sat up. Inside my mind, I was shook. It didn’t know why I had just seen that. I was afraid to close my eyes again. (Exact opposite of what happend when I was a child, see first post)

But eventually I would have to. And besides, I had to check and see again right?

So I sit back a close my eyes again and there sits baphoment and since I am also claircognizant he communicated his name to me. Since I honestly didn’t really know who he was. I’d seen the image many times but I never knew the name. Until that moment when I saw his image and he told me.

Again, I am scared as fuck! I start freaking out. I didn’t feel like I was in any imminent danger or anything. It was just fucking feaking me out. I’ve had various saints, gods, spirits come to me, but never before a demon.

The third time I closed my eyes, his image and the inverted pentagram began alternating and flashing in and out all crazy in neon red and yellow.

I was scared out of my mind that I was having a “bad trip” but I wasn’t (well kind of cause it fucked with my head a bit); I was just so open and in tune, at that moment, that he was able to make contact with me.

I litterally started praying like Margaret. Like, “are you there God? Please make it go away!” I don’t know if my prayers were answered or if I just banished him or if he just departed when he sensed my extreme fear. But he did leave after about an hour.

Eventually I came down as well as calming down. And I was forever changed. I began diving into learning about angels. I have never forgotten Baphoment and I think of him often enough to mention it. I use to wonder why that happened, now I know it’s because he wanted to work with me.

I am still contemplating…

So as it seems I was searching for something and I have found it. I have yet again ascended.
Yay me! But this is not the first, second or even third and it won’t be the last.

I am a Chiropractic Assistant and I formerly worked clinically as well. I have had not one but two professional licenses to practice various modalities of healing and health care.

The DC I currently work for once gave me the best compliment of my life when he, this wise and respected chiropracter, asked me, if I was a Buddha. To him I replied, “Wow, thank you for that Doctor but no. I am neither a Buddha nor am I a bodhisattva.” And to which he replied, “That would be way too much work and responsibility right?” To which I responded, Hell yeah!" And then we had a good laugh.

For those who do not know, Buddha was a prince, prince Siddhartha Gautama. The word Buddha simply refers to “the enlightened one”. Any person can achieve this state for we are all, already Buddhas (you need only wake up and remember). But maintaing this state permanently is not alway so easy to attain. Thus the term buddha is applied to someone who not only reaches, but maintains this state of enlightenment. The goal is to no longer reincarnate and to return to the original state of oneness/nonthingness. The goal is to permanently go home to the abyss.

Now a bodhisattva differs in the fact that they are essentially Buddhas that have chosen to reincarnate in order to elevate other people and assist them in achieving enlightenment, thus ending the cycle of reincarnation for others as well.

Am I a bodhisattva? Meh 🤷 I don’t know. But if my ramblings help anyone to see/understand the true nature of existance then maybe indeed I am. But then again maybe we all are…

TMW your on this thing and one end is the light and the other end is the dark and they are both ripping you apart but you’re a masochistic misanthropic nihilist and you love every minute of it. 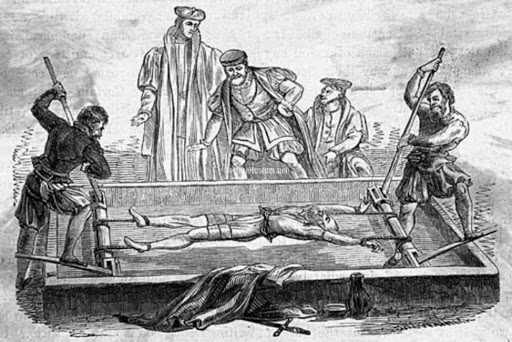 This is called alchemy. Transmutation of sufferage into pleaure, because in reality, there is no suffrage other then that which you perceive. Once pain is no longer percieved as painful but pleasurable you are now untouchable.

I am forever contemplating my confliction…