Today this girl asked me if I’d date her. I’ve known her for awhile. She’s attractive, but she’s the type of girl who doesn’t show too much beyond her looks. As in she’s not that bright. I think its because she’s never challenged her self in that way, though.

I told her if she’s interested I’d try it out. However, I don’t think she’s serious. I will be honest. I;m not interested in a long term relationship with her. And if she was interested, I don’t think that’s what she wants either. Yes, my only attraction to her is sexual. That’s pretty much the way she makes herself out to be.

I went to consult my pendulum and asked if she’s interested in me and it swung yes. I actually doubt that, but I suppose I’m just trained to disbelieve any girl is actually into me. I’m not bad looking, just boyish. Anyway, suppose she is interested, I’d rather her pursue me. I can’t really bring myself to use magick to get a girl interested in me when she never was in the first place. However, I’d like to know of how I can use magick (by chance she is into me) to convince her to come out and show it. Specifically in a “Take me” kind of way.

I’d like to know of how I can use magick (by chance she is into me) to convince her to come out and show it. Specifically in a “Take me” kind of way.

Didn’t she ask you if you’d date her? Dude, what do you want her to do? Show up at your door with nothing but a trench coat on? (She’s naked underneath.) That only happens in the movies.

She said she wants you to date her, man. You can’t get no better clear signal than that.

You keep BSing around man, she’s gonna change her mind.

Do you realize how lucky you are?

I agree with @cyberseeker… its not unheard of but the typical dynamic is that the male asks the female out. Shes already done all the work man. Even asking her out is a formality at this point! Just got for it

She likes to tease. She’s rarely serious and everything she says I take with a grain of salt. She’s always been asking me if she’s cute while her sister forces me to watch porn on her phone. They always make sex jokes. When I verbally, and seriously, expressed an interest in her, she replied “I’m focusing on school right now.” To which I never see her study. She’s more on Instagram than anything else. She’s what I’d call a Jasmine. That’s a character from my story. Basically the girl obsessed with looking sexy and generally is found teasing the protagonist.

Point is what she says is not the same as what she means. I cannot take her at her word. So if she did appear at my door in a nothing but a trench coat, I can at least take that seriously.

Nothing is ever what it seems with girls. 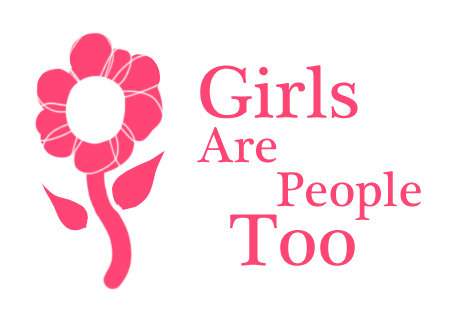 Just go for it! What is there to lose? She already said she was interested

Never said they aren’t. I don’t know where you got the idea that I considered them objects. I just don’t wanna get accused of sexual harassment.

Today this girl asked me if I’d date her.

Anyway, suppose she is interested, I’d rather her pursue me

Quit screwing around and go for it.

Ask her, ‘Babe, I’m going for a coffee and cake, care to join me: shoot the breeze, be a tease? I’m going anyway, just wondering if you’d like to join me over a cup or two?’

It turns out she was stringing me on for car rides.

what do you need magick for? The girl told you she’s interested. Girls don’t do that often. If she said it, she meant it, trust me.

Yes, you see what I deal with.

Yeah but it doesn’t mean you can bang her either way lol. Lots of guys use their cars to get laid

I’m not the kind of guy who can do that

Just drive a nicer car and stay in a Nicer house and make alot of money. Most women’s interest in you will go up and you will find it easier to find a mate.

I see the sarcasm, but its depressing how true that is