I will get the successes with King Paimon out of the way first, he does exactly what is in his office, that is, bending people to the will of the magician.

Monday came along, and unfortunately work is quiet at the moment, I was the unlucky one who was left with no jobs assigned as they had been assigned to my colleagues first, which meant that I was doomed to spend the entire day cleaning up after my colleagues and doing pointless inductions for other businesses.
I called upon King Paimon and asked him to get me sent home, rather than do nothing productive at work, I’d rather do nothing productive in the comfort of my own house - with a promise of an offering when I got home, of course.

Low and behold, 10:30AM (6 hours prior to my day supposed to be finishing) arrives and my direct supervisor decides that it’s not worth my time being at work, and that I’d get back into it tomorrow and sent me home.

I went home and offered King Paimon some wine, and left it on my altar for him. (This is where the strange experience happens - but I’ll get to that after my thanks to King Paimon).

This morning, I get to work and am informed that I am supposed to be working with someone I thoroughly HATE working with. I arrive at my job site and am waiting in the car for this colleague to turn up - so I decide to bring up King Paimons sigil and give something another whirl today - that being stopping me working with this colleague, again in exchange for some offerings.

Low and behold, half an hour later, I’m still waiting there and he is no where to be seen, so I called my office and asked what was going on - when I was informed that I should head back to home base.
I get back to the office and find that I won’t be working with this colleague at all today. This is a massive surprise - this almost never happens, generally the schedule is set in stone and doesn’t budge. I was then assigned to work with a colleague I enjoy working with for the rest of the day.

Again, these are not major successes, however they are successes none the less in which I genuinely believe these wouldn’t have occurred without King Paimons help.

Use King Paimon! He works, and fast.

Now onto my next story,
As I previously stated - I left King Paimon an offering on my altar and, when I went into my ritual room/space tonight, I looked into my little offering cup and found that something I had lost a few weeks prior had miraculously ended up in the cup, in the wine. I’ve never had entities move things on me, so for me, this is odd.

Anyway, here are some images.

I have a black silky style see-through door curtain that I place behind the door of my ritual area which is held up by two black pins. I had lost one of these pins a few weeks prior due to me opening the door too quickly and it ripping off. 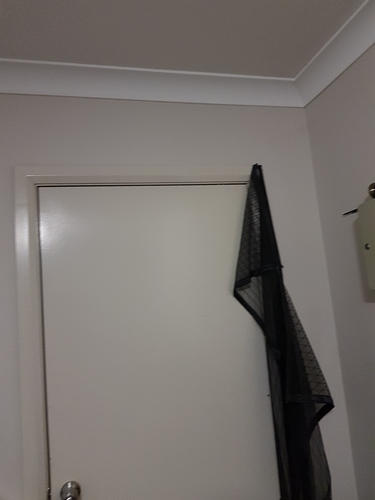 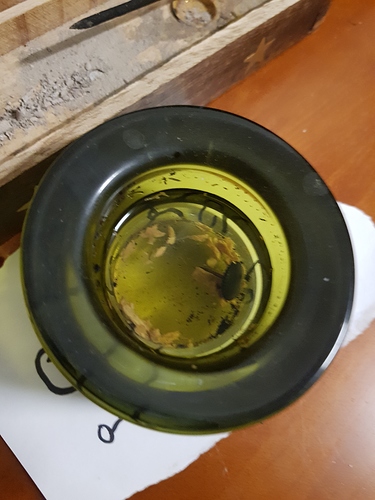 For those more experienced than me, could this mean something? Is this some sort of omen?

First of all, congrats on your experiences and the results you got! King Paimon is indeed a really amazing spirit to work with and he works fast indeed in some cases.

As for what happened with the pin that you found in the cup, I’ve had some experiences like that with King Paimon (not exactly with things that were lost, but many things that ended up being convenient…). I believe it means that he’s helping you out and he has his eyes on you (which is a good thing).

I’ll also point out for future readers who may be doubting that this pin arrived in the cup on its own - I am the ONLY person who has a key to this room in my house and the door remains locked 100% of the time to avoid my children going into the room and my girlfriend being a little iffy about Occult practices.

As I made the offering the day before in the daytime, I can almost say with 100% certainty that the pin was not in the cup when I poured the wine into it.

It’s such a surreal experience to have something so simple happen.

I’ had my fair share of „dude wtf“- experiences with King Paimon, he is truly amazing. He more than deserves the credit he gets.

Does King Paimon often move things around the house? His name was popping in my head and i did my daily meditation with Belial last evening and inquired about this. Soon after the candle on the altar fell!

I don’t think he does it often, but strong spirits (like King Paimon) may do that sometimes to get your attention or to tell you that they’re there.

This is exactly why im so interested in all this. King Paimon sounds awesome.
I think ill try working with him.

this one time i swear something moved on top of the table right smack in the midde that was already originally in my drawer coming back, crazy shit

So ive read and learned that King Paimon likes alcohol ans sweets as offerings, i saw some people posting that mtn dew was a good offering for him. Got me thinking, what about a really nice, handcrafted mixed drink? When i do summon this great king, i want him to feel welcome, and i feel by putting some creative and delicious mixed drink out for him i just have a strong feeling he would like that. For some reason this was on my mind a lot yesturday and today. Just wanted to share that in case anyone else has done this or might be inspired to do this. I dont know why but I think King Paimon would love a personalized cocktail.

The first time i invoked King Paimon, i was met with a very unlikely coincidence which still put me in awe of him till this day.

He is a strong and professional King. King Paimon has my absolute respect. Very straightforward and gentle

Thank you for sharing your experiences:)

Really enjoyed reading about your experiences.

Wow man, your experiences are really cool. I’ve never worked with King Paimon but I’m starting right now. I just meditated on him for about 10 minutes and when I ended I felt extremely weird, I’ve never felt like that post meditation.
My goal is to build a relation with him, to be his student and he my Master.

PS: May I ask how exactly do you do your offering? Do you just leave it on top of his sigil? for how long?

Hi there, Can i ask, If you use His name without the Title (King) purely because you didnt know will you still be in His bad books as it were or does King Paimon let it go if your new to these things?

He doesn’t always insist on the King, it’s just something I (and others) generally recommend to beginners. It’s not so much that you must call Him King or He’ll kick your ass or something, it’s more a sign of respect from one person who respects themselves (=you as the practitioner) to Him. And, He did earn His title and more than deserves it. But if you omitted it because you didn’t know, it’s not a problem. He is very patient with beginners. Don’t worry about it, He knows who respects Him and who doesn’t.

Always respect yourself and don’t grovel to Him, just be appreciative of Him and what He can teach you.

I just worked with King Paimon, again, on a money matter where I needed him to influence to get what I needed. Once again he has come through and I’m completely grateful.

Both times I’ve used his symbol to invoke him and offered the darkest chocolate I can find and Mountain Dew. I was a little skeptical on the Mountain Dew but it was recommended and seems to work. If he’s happy, I’m happy.

I actually just called upon King Paimon tonight to ask for his aid in something that greatly needed to be done in terms of manipulation which he is very good at doing. After charging his sigil and calling upon him. I actually heard a piece of paper move and fall somewhere. In fact, as I think about it. That has happened several times whenever I have called upon other entities such as Suhn’Tal’Ock, Lilith, Salas’ash, Belial, etc. I believe this is their way of informing me that they’re there. I know at times from what I’ve read from other testimonies on here that entities will move something or like knock or so to inform others that they have arrived. I think the paper is for me because it’s very light and barely makes any noise because I live with my grandfather and parents right now and my grandfather sleeps right below me and my parents are right next door. It’s so that they don’t become disturbed and I can proceed without any worry.

My most profound experience was with King Paimon as well. I live very straight edge. I’m very skeptical and think in more of a statistics, proof, scientific way. When I got into magick it was because a witch convinced me to try it. So in the name of scientific method “fuck around and find out” I had amazing, amazing synchronicities happen - or what I would call successful spells against odds. I’m talking telling my classmates who would win raffle prizes in what order and who the classmates would be. People thought I was indeed a witch or the antichrist. Now fast forward 2 years later when I get into invocation, I am doing my ritual to King Paimon (after many “failed” communication attempts with other spirits) I wake up being dragged out of bed almost, a omni-present, loud soothing voice telling me to grab a piece of Lapiz Lazul (which I didn’t even know I owned in a collection of random stones). That experience showed me I’m on a path that I can never turn back from. In magick, I’ve realized the gift is not in being able to prove this to others but to know that this was a gift from the spirits to say how personal of a gift this is to us as an individual. Like “I didn’t present myself for all to see - only for YOU to see” and I respect the shit out of that. I don’t drink, I don’t smoke, not on meds, no psychological issues. This was straight up the craziest beginning experience into magick and just wanted to do a shout out that if you continue your pathworking patiently, results will come. They are always there, waiting, watching, helping.