The Three Levels Most ancient systems presented a view of reality consisting of various layers emanating from the highest and most subtle divine realms to the most dense and material world that we experience every day. Because the movement from the subtle to the material is not really a system of different and distinct layers but rather a seamless spectrum, you can find many ways of dividing it up. The more attention to detail you look for, the more layers you will see. Some of these systems entail dozens of layers and sub-layers giving quite detailed descriptions of the role and potential of each. For our purposes we can rely upon a simple three level system, such as the one presented in the Chaldean Oracles. The Oracles a
re a set of second-century Pagan Gnostic texts that have been an inspiration to magicians and mystics for centuries. They speak of the universe as consisting of Empyrian, Aetherial, and Material worlds. This simple system is loosely mirrored in the Celestial, Moral, and Mundane triads of the tree of life and the Dharmakaya, Sambhogakaya, and Nirmanakaya of Tibetan Buddhism. The famous Czech Magus Franz Bardon posited a similar three-world system of the Akashic, Astral, and Physical planes. It is important to realize that these levels exist not only as different layers of the external world, but as sheathes of our own being, each more subtle than the last. We can forsake arcane terms such as Akashic, Empyrian, and Aetheric and just call them Level 1, 2, and 3.

Level 1 is the Emyrian, Divine, or Akashic Realm. The gods here exist in their highest and most cosmic transcendent nature. There is no hint at this level of the classic mythology that tells of fights and affairs between the gods and which sometimes make the pantheons sound like dysfunctional families. No, here we are beyond all that and dealing instead with cosmic and the causal forces. Within the mind this manifests as the gnosis of non-duality and the radiance of primordial unencumbered awareness. The perfection of perfection. Level 3 is both the highest rung on the ladder, and the material from which the ladder itself is made.
Level 2 is the Aetherial realm. It is the world of the subtle elements of pure fire, water, air, and earth. At the lower end of this level is the home of the astral body and an innumerable population of spirits. Here too is the origin of the subtle energy that has many names: prana, chi, lung, odic force, Witch-power, and so on. At the higher end of Level 2 are Archetypes, Planetary Intelligences, Angels, as well as the lower mythic aspects of various Gods, Goddesses, and other subtle beings that despite their spiritual nature display ego clinging. Within the mind, Level 2 is the realm of thought, ego, and logic. At the higher end of the spectrum is the intuition, clairvoyance, and the beginnings of transcendence and transpersonal characteristics.

Level 3 is the material world within which we exist. It contains within it three levels of its own: non-living, living, and etheric substance. Non-living substance is not only matter that we see around us such as concrete and such, but electricity and magnetism and other energies that can be measured with scientific instruments. Living substance counts not only as flesh and bone, but bio-energy. Etheric substance acts as a bridge between Level 3 and Level 2. Within the mind, this is the home of emotions and lower mechanistic thoughts and responses.

Many mystical traditions tend to ascribe a value upon the various levels making the material world is bad, and the subtle good. When you attain knowledge of the subtle realms this is an easy trap to fall into because it is so different from what you are used to perceiving and can seem unspeakably beautiful. This, however, is a bit of a trap. Never forget that while matter longs for the embrace of spirit, spirit strives to manifest in matter. It is okay for a mystic to shed the material for the subtle, but the Sorcerer must strive to travel freely upward and downward through the realms. A Sorcerer is concerned not only with gaining gnosis and enlightenment, but reflecting that gnosis out into the world through magick.

As the Emerald Tablet states:
It ascends by means of earth into heaven and again it descends into the earth, and retakes the power of the superiors and of the inferiors. Thus, you have the glory of the whole world. Aliester Crowley, in Liber Tzaddi similarly wrote: Many have arisen, being wise. They have said “Seek out the glittering Image in the place ever golden, and unite yourselves with It.” Many have arisen, being foolish. They have said, “Stoop down unto the darkly splendid world, and be wedded to that Blind Creature of the Slime.” I who am beyond Wisdom and Folly, arise and say unto you: achieve both weddings! Unite yourselves with both! Beware, beware, I say, lest ye seek after the one and lose the other! My adepts stand upright; their head above the heavens, their feet below the hells. But since one is naturally attracted to the Angel, another to the Demon, let the first strengthen the lower link, the last attach more firmly to the higher.

A Sorcerer is concerned not only with gaining gnosis and enlightenment, but reflecting that gnosis out into the world through magick.

A timely reminder… thank you for posting all this, very useful.

But since one is naturally attracted to the Angel, another to the Demon, let the first strengthen the lower link, the last attach more firmly to the higher.

They have said “Seek out the glittering Image in the place ever golden, and unite yourselves with It.”

My body is ready. 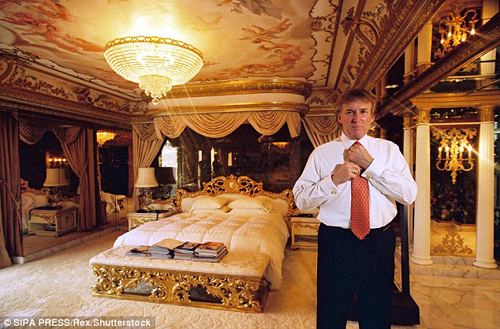 I thought it was a very good piece of literature. Just sucks that the amount of likes is very small, which depicts the “laziness” of people who want to understand how the universe works, but see a large post and it just seems like too much to read. I am no “like” counter, but I am sure if that somehow was illustrated clearly onto a picture, it would receive many more.

Just sucks that the amount of likes is very small, which depicts the “laziness” of people who want to understand how the universe works, but see a large post and it just seems like too much to read.

Yes, I think as well people see something that may be more complicated than “Draw sigil, stare a minute, get everything in the world handed on a plate” and kind of tune out… processing anything complex is increasingly challenging for many people.

Okay I’m having a “kids today” moment there…

Or maybe we just do not agree or like the information you posted.

That is just fine as well. But being familiar with how people react on here, it doesnt take much to notice when people do not feel like reading. Of course, that is not directed towards any specific person… With the amount of people here who PM me for help, and are completely turned off when I mentioned something as simple as daily meditation, they are done with the conversation.

Yep, seems some people around lhp who are in the path more by dark aesthetics than apotheosis itself( or whatever spiritual goal you want to achieve), which needs discipline and work.

“You’re the ruler of the universe. Try to show a little taste!”
― Ed Wood

Exactly…Even if you do not agree with something, acknowledgment of it still SUPPORTS your own belief(s) to be correct. You cannot have dark without light, and one cannot have good information with bad information. Not reading other theologies and or opinions is simply immaturity of the soul, and shows that they have much to learn. If someone told me shit on the floor signifies good luck, I would likely tilt my head and wonder how that enforces my own beliefs, or does it prove of my beliefs wrong, being open minded… This is how we learn. Knowledge is only knowledge, but it not wisdom, and wisdom is only wisdom with experience. But you still cannot have experience without the knowledge… I dont know, I just like to see people succeed so it sucks to know so many cannot take the time to read a 1 page post without even attempting to understand or learn, when they claim to want “Ascent”.

Even if you do not agree with something, acknowledgment of it still SUPPORTS your own belief(s)

That would for certain make this forum more interesting, at least.

Okay, so in Qabalah terms, Level 1 would be Atziluth, Level 2 a combination of Briah and Yetzirah, and Level 3 Assiah. I can see that.
What did catch m eyes the longest, was the descriptors of Level 2. So Qi Gong, Pranayama in any Yoga, rhythmic breathing, etc … Ascending to heaven and back again, seems to indicate the breath should always go and come in with the breath pointing to the sky. If that were the case, tell me how a student in a yoga asana which basically is a head or neck stand and expected to breathe upward, so unless they want a broken neck, this could not be the case.
What I think it means is the act of doing it with an empty mind but filled with aspiration, that would ascend to heaven and come back down with cosmic force. That is my interpretation.

I like your thought process. He also indicates the above so below, in which the layers of the microcosm are a reflection of the macrocosm so layer 2 can be explored through thought. Getting ready for work, not much time to go through a lot of detail

My adepts stand upright; their head above the heavens, their feet below the hells. But since one is naturally attracted to the Angel, another to the Demon, let the first strengthen the lower link, the last attach more firmly to the higher.

President Donald Trump is clearly an interesting example of someone who has mastered both his higher and lower self.

Even though he is an a–hole that needs to LEAVE TWITTER ALONE.

What blows my mind about trump is his ability to transfer energy. He literally takes energies thrown at him, and channel, convert, and channel back outward into an energy that fits his motive.