2020 was just the trailer,from 21 November 2020 to 5 April 2021 will be much worse than 2020 due to planetary transits.
Events like WW3, Earthquakes,Floods,Stock Market Crash,uprising e t.c.
So be prepared to face adversity next year also.

Why should we listen to any prediction coming from you? You have no experience in magick, according to your introduction a week ago, so you have no idea what you are talking about, and all you are doing is spamming this forum with crappy YouTube videos, and regurgitating other people’s ridiculous pronouncements.

My mom was just telling me 2020 won end until Korea bombs someone and my mom’s a hippie lol.
So have you tried to confirm any of this with the spirit realm or divination or just going with what feels right from what you’ve Hurd?

I don’t think a ww3 will happen even if war does break out there will be an oviouse wrong doer and the rest of the world will jump them.

Did you gain these insights by your own magickal/ psychic abilities or just by watching YouTube videos? If it’s the former, you might want to reword your topic so that it becomes clear that it’s based your intuition or your gnosis. If it’s the latter, it looks like you’re presenting a second-hand ”prediction“ as if it were a fact. Which begs the question, as @DarkestKnight already said: what’s the point?

I find these sorts of posts rather amusing. People seem to love giving up control and using astrology as an excuse for why their life isn’t going well.

Yeah, maybe things will be terrible for most people, but it’s looking like things are gonna be fantastic for me. This year hasn’t been my best year, but it’s certainly not been bad.

This is kinda the point of using magick. When things around you are going well already they get even better, and when things aren’t going well you the occultist are still doing fine if not great.

It is probably reasonable to expect the economy to continue on a downward trend for a bit, though. That’s just how market cycles work, and I’d need to do some more research but I think we (many countries) are technically in a recession at the moment. But just because the market’s going down doesn’t mean you have to follow it.

These sorts of “the world is ending the economy will collapse and war and famine and plague and general vague DOOM” fear-mongering proclamations tend to always happen during economic downturns. This is far from a new phenomenon. The sheep always believe they are somehow special, and the intelligent people who can observe profit. I’m just glad for the opportunity to witness how this goes down so I’ll be better at recognizing the signs and stages the next time around.

Tough crowd in this thread I will say I chuckled at the title and just imagining 2020 as a trailer for what is to come is both exciting and scary…cheers to the future…long live humankind!

I don’t think all of that stuff will happen that fast. It might, but I doubt it. I think it is more likely to come later. Especially WW3 and crash.
Earthquakes and floods may happen within that time though. But I don’t see how it is more likely than now to happen

Honestly, I foresee the next decade being difficult for humanity in general, but that does not mean life will not improve for individuals. Our species has survived some pretty horrific events in our history, both caused from our own hands and from the cycles of nature. While there are no guarantees in life, I try not to allow the chaos of the world to rule my mind. But that is just my two cents.

Lots of new age people say that all these things that are happening are part of the ascension symptoms of the 5D Earth.

I know Vedic Astrology intermediate,i watched the prediction video on youtube.i didn’t predict myself but i checked the planetary transists,Jupiter reenters Capricorn sign from Sagittarius along with Saturn as you know Saturn and Jupiter are enemies,Jupiter represents Wealth,Economy so economy will get affected due to jupiter occupying enemy sign i.e Capricorn(Saturn Lord).Jupiter will reenter into Sagittarius in 6 April 2021.From this time,Economy will start to recover.

…becomes disappointed) Oh it’s not the end of the world, we miss understood it! It was the beginning of the awakening! (Me:

That changes nothing) A few years latter…Oh it’s the end of the world as the Bible has told!!! Get you shelters ready and store on can goods!!! Ww3 is eminent!! (People go crazy and get stuff. Me:

(Me: Looks at cricket

) Oh it’s because of the global warming. It’s ok! A few years latter…Oh we read the Mayan calendar wrong! The end of the world is June 20,2020!! (Me at work: looks at watch…nothing happens. Looks at watch again and taps it to make sure it’s working despite it being digital…)

I’m sorry but if I had 20$ for every prophecy about the end of the world, I be rich by now. I don’t mean to be one THOSE people but it’s like really???

But entertaining thread I’ll give you that.

While we at it I’m voting for Cthulhu

I am not Saying world will end in 2021,im just saying more worst to come.i said prepare for the worst i didn’t create fear that world will going to end.

No it is not my insights,i just verified with Planetary Transit Chart. I know little bit about Vedic Astrology.
I just warned People to prepare for worst and i didn’t say world is going to end. 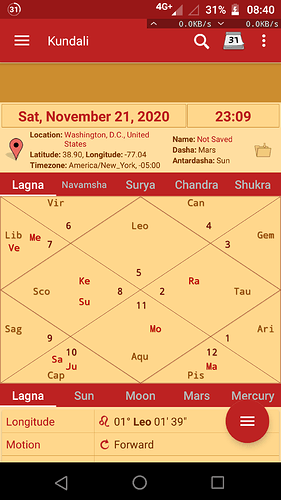 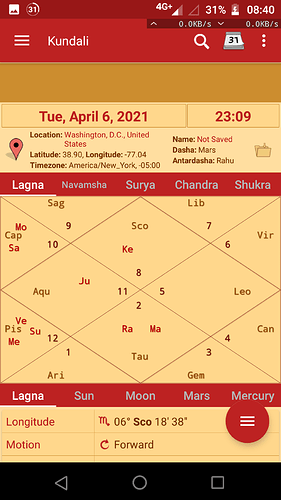 worse for whom? that’s just mass general predictions. Some people are bright and making money during these times. For some, they are prospering so you can’t say it will be bad for all. We just hope it’s good for us. To think future is bad doesn’t help hope. You can take precautions to prepare for the worse to lesson damage. We do know the current situation is making it tough for majority. Future is hard to predict. It’s not set in stone. some are going to be lucky and some are not. Just hope my guardian angels will help me somehow to end up on the plus side these coming yrs. We all just gotta keep walking making most of it instead of being pesimistic.

Yes it is just mass prediction but it does affect whole population on earth so its better to know before and prepare for the worst.

maybe youre right and way more experienced than he is,but you are a moderetor why talking so offensively to a beginner and a new user in the forum?
I personally check it out if i feel i dont like the stuff i’l move on.

Infinite realities, infinite possibilities, infinite timelines. With the way things are now, I don’t doubt 2021 will be a bumpy ride for most, but I just try to get on the most beneficial timeline for me.